Are We Ready To Cohabit With Robots? 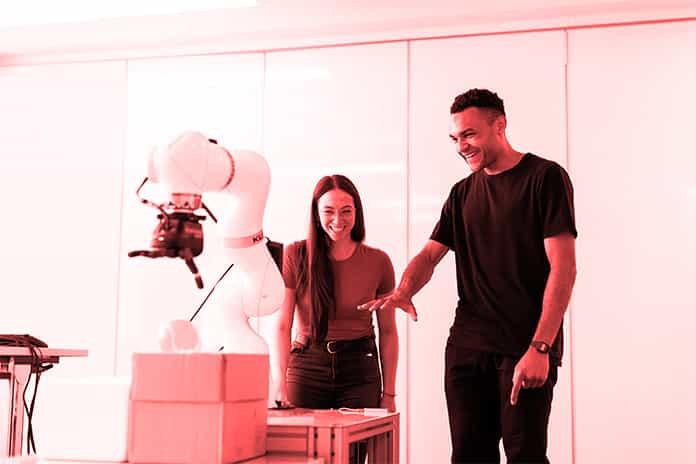 At work or at home, robots are called upon to invade our daily lives. Not to replace us, but to accompany and assist us. Before welcoming them into our lives, we still have to improve cohabitation with them… A major challenge for researchers to be explored in this article and thanks to FutuRobot, a series of events dedicated to robotics organized by the CNRS until ‘in June 2021.

Relevant, doing exactly what is needed at the right time and in the best possible way, natural, easy to access, non-intrusive, intuitive, adaptive. The ideal portrait-robot version 2020? No, the profile of the perfect robot interacting with humans.

No offence to technophiles, such a wonder does not exist. Not yet. The millions of robots at work today around the world are for the most part devices capable of performing repetitive, specialized, pre-programmed tasks, but incapable or almost of cooperating with flesh-and-blood operators in the street or a public place, outside their usual experimental setting.

Ditto in the domestic sphere where we hardly find any artificial entities detecting our emotions and expressing theirs, anticipating our desires, emancipating us from household chores, watching over our health, our comfort, our safety for improving human-robot cohabitation is a titanic challenge.

Raising it presupposes, among other things, equipping the machine with high-level perceptual and cognitive skills so that it can properly interpret the instructions it receives, permanently align its behaviour on that of the bipeds it encounters, deciphering their gestures, their intentions, their decisions and their physical failures, takes into account their emotional state, possibly expresses herself the appropriate affects at the moment experienced (compassion, surprise, joy, sadness), clearly announces her intentions, moves without hindering, surprise or cause collisions.

How do you get a robot to learn this and a lot of other tough things? By developing mathematical and logical models of the physical environment that the machine is called upon to share with humans. Then, by developing “task planners”, that is to say by formalizing (describing) with the same tools all the actions that we wish to see carried out.

All our models are predictive,” comments Rachid Alami. If the robot is confronted with such or such state of the world at an instant T and accomplishes such or such action, the planner allows him to project himself into the future and to determine the tasks to be accomplished. However, these algorithms, still very imperfect because they are very simplified, require great computing capacities to function fully. To improve robots, and in particular to gain autonomy, we can also use deep learning, a machine learning technique in artificial intelligence (AI).

A “social” robot, moreover, must be able to decipher the multiple non-verbal signals that a human emits during a face-to-face exchange (gestures, facial expressions, tone of voice, etc.), adapt his behaviour to this information and himself produce such clues to make himself better understood. ” Analyzing and modelling this type of message is a crucial step in the development of machines capable of holding credible conversations with humans,” argues Mohamed Chetouani.

Our specificity is to introduce interactions in the learning process. The machine can question its human partner on the relevance of the meaning it gives to the social signals it generates. This helps to speed up and guide the robot’s understanding of this data. And to better explain its decision-making, therefore to attenuate the “black box” effect ”.

If the fear of robots remains alive in our country, this is not the case in Japan where these entities are in no way perceived as threats. “ Studies show that Japanese academics have 90% more experience of human-machine interactions than their American colleagues,” says the same researcher according to which Shintoism.

The original religion of the archipelago, partly explains the country’s thrombophilia. This animist belief indeed honours innumerable deities (the Kamis) personifying the wind, thunder, the Sun, the mountains… Spirits, according to this form of spirituality, can therefore inhabit robots.