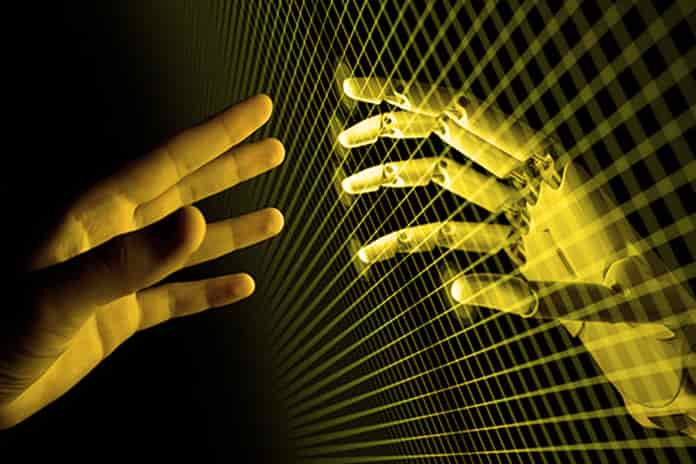 As we will see in the part dedicated to ethical issues if on the one hand artificial intelligence opens up great opportunities, on the other hand, it also raises the curtain on scenarios, for now only science fiction, but certainly alarming in a world governed by machines.

In reality, as we will see when we report some application examples, the highest level reached so far is that of an excellent student, with a powerful memory, but not of genius. The machines until now correlate what they have learned; from these teachings they draw new information to simulate human behaviour. Still, they do not have the brilliant illuminations of an Einstein, and above all, they do not develop their cognitive abilities but emulate those of humans.

Surely, however, they can support man by providing him with correlations that a human mind could hardly make, grinding up the infinite quantity of data available today and thus contributing to “increase” human intelligence; for this reason in some contexts it is preferred to use the term “augmented intelligence” instead of “artificial intelligence.”

It is to the American philosopher, as well as a scholar of language, John Searle that we owe the clarification of this differentiation who for the first time uses the term “strong artificial intelligence” (from which, according to Searle himself, we are still a long way off) in the article Menti, brains and programs published in 1980. This is not the place to deepen the intense debate that develops around this issue, but we limit ourselves to summarising the two definitions.

It acts and thinks as if it had a brain. Still, it is not intelligent, it only simulates that it is: to provide the answer to a problem, it investigates similar cases, compares them, elaborates a series of solutions and then chooses the most rational one and, on the basis of the data analysed, more consistent by simulating human behaviour. Weak AI does not fully understand social cognitive processes but is basically concerned with problem-solving (answers to problems based on general rules).

He has cognitive abilities indistinguishable from human ones. In this context, the “expert systems” are placed, i.e. software that reproduces the performance and knowledge of experts in a given field. The heart of these systems is the inferential engine, i.e. an algorithm which, like the human mind, passes from a proposition assumed to be true to a second proposition, with deductive logic (when from a general principle it extracts one or more of particular character) or inductive (when the opposite occurs), the truth of which is derived from the content of the former. The distinctive feature of these systems is the analysis of language to understand its meaning because without understanding the importance (remember what we wrote, describing the moment of the adolescence of AI,

Let’s see what the methodologies, techniques and algorithms that today contribute to populating the world of artificial intelligence are.

As a start-up, you may be wondering how to build a strong presence through your marketing strategies. You don’t need to have a big...
Read more
BUSINESS

5 Impressive Tech Trends To Incorporate In Your Business

Year in, year out, marketing ideologies remain static. On the other hand, business tools destined for marketing success keep going through a whirlwind of...
Read more
TECHNOLOGY

Looking for a versatile, bright, and ultra-light 4K monitor? Your quest ends now! The Lumonitor display has all you need for hours of uninterrupted...
Read more