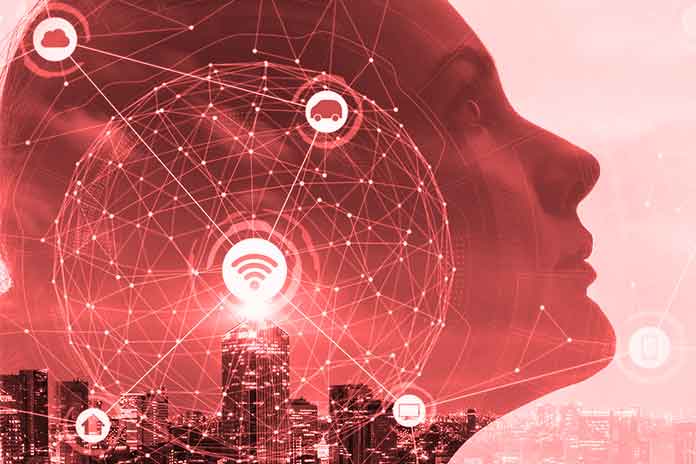 In Philip K. Dick’s book “The Minority Report,” crime no longer happens in the futuristic universe. Humanity has found a way to prevent this from happening. So-called “precogs” have a special gift for predicting crimes.

The Precogs are human-like mutants with extraordinary abilities. Your brain is connected to machines so that your exceptional intelligence can predict criminal behavior.

This is, of course, not how artificial intelligence (AI) works these days. But the AIs have a certain resemblance to the Precogs: they can, if you will, to a certain extent, see into the future and, hopefully, prevent suicides.

This Is How Artificial Intelligence Could Prevent Suicide

Behind this, of course, are intelligent, self-learning algorithms that people train to recognize specific patterns.

These algorithms are prevalent in the service sector to analyze what customers need, what they want, and how their reactions can be interpreted. The aim is to offer customers the best possible user experience.

But apart from customer satisfaction, other institutions are also experimenting with this form of predictive AI. There are first attempts worldwide to use artificial intelligence to prevent suicides.

Like the Precogs, it is hoped that an AI can recognize warning signs early on so that psychologists or aid agencies can intervene in time and prevent suicide.

USA Tests AI On Was Veterans

Such a program is already in use in the USA – at the United States Department of Veterans Affairs, VA. The agency for war veterans recently started testing the AI-based program “Veterans Signals.”

The agency hopes that artificial intelligence can prevent suicide.

Traumatic war experiences are often not dealt with. In addition, it is not easy for many former soldiers to reintegrate into society after their time in the army.

Many of them often have no further education, so unemployment, homelessness, drug use, and mental health problems mainly affect this population group, concluding a study published in the journal Advances in Medical Education and Practice in 2015.

Mental health problems are also often characterized as weaknesses in the army so that it is not easy for many veterans to seek help.

This is precisely where AI should help. Based on some aspects of conversations on the VA hotline, the AI ​​should recognize signs of suicide early using words or intonation. The system works quite well. Experts were able to intervene early in over 1,400 cases.

The VA naturally hopes for more significant systemic changes and more resources to improve the psychological care of war veterans. Artificial intelligence could be supported here.

Artificial Intelligence Is Supposed To Prevent Suicide In Custody In NRW

There are first experiments with artificial intelligence to prevent suicide.

A research project with AI in prisons is currently underway in North Rhine-Westphalia. The company that developed the AI ​​comes from Chemnitz and is training algorithms to identify signs of suicide in prison inmates quickly.

To do this, the AI ​​analyzes video recordings of the inmates and checks emotions, facial expressions, and dangerous objects in the cells.

The suicide rate in prisons in North Rhine-Westphalia is declining. In 2018, eleven of around 16,000 prisoners took their own lives. In 2017 there were 13. Nevertheless, of course, every suicide is one too many, and so the Ministry of Justice hopes that artificial intelligence can further reduce the number of suicides in prisons.

In China, one is already a little further. The “Tree Hole Rescue” suicide aid initiative has already succeeded here. Programs based on artificial intelligence examine the behavior of users in social networks such as WeChat.

Statements that endanger themselves are classified on a scale from one to ten. A one means a low suicide risk. A ten is a correspondingly high risk. Volunteers evaluate the data from the AI ​​and contact the local authorities in urgent cases.

As a result, the initiative has already prevented several suicides.

In all cases, experts agree that artificial intelligence cannot prevent every suicide and cannot replace human psychological care. Still, it is hoped that AI can help in the fight against suicide.

Also Read: Top 6 Ways In Which AI Can Improve Your Customer Experience