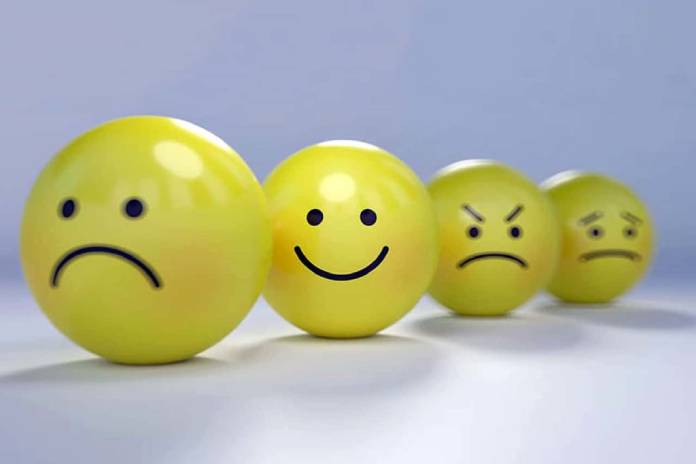 Communication is easy these days. One-click and everything are in your hands. Our technologies are far from where we used to before. Everything is accessible, and not just that, the innovations we have on our techs became even more creative. We became creative in expressing ourselves, especially in communicating. From simple Hi-Hello changed to simple yet funny and creative icons called “Emoji.”

Emoji are the modern messaging trend that is frequently used in the digital world, especially in mobile phones. Just like the old-age carvings on the wall, Emoji is an emotive icon that expresses meaning but recreated in a new, humorous manner. It can help us express certain emotions, such as happiness or anger in the digital world. With this emoji guide, we will know the history behind this adorable Emojis we have today.

Emoji’s first appearance was in the late ’90s. They are widespread on Japanese mobile phones, and after a couple of years, they became a trend and now a part of people’s way of communicating.

Now, as time goes by, Emojis are also evolving. You can now choose from a thousand choices, each depicting different meanings depending on what or how you used it. Also, Emoji does not only limit on drawing emotions and symbols, but they also represent cultures and people from that culture. This made this digital trend more popular and meaningful.

Japanese artist Shigetaka Kurita created the first Emoji in 1999. He used to work at a development team I-Mode, DOCOMO. While working, he wanted to give the emoticons a touch of creativeness. Emoticons were the first digital gestures that were used in chatrooms of the 1990s.

Shigetaka Kurita and the company DOCOMO’s goal was to deliver a message to the people in a simple yet creative way. His first attempt was the Cloudy Emoji. Instead of writing the word cloudy, Kurita sketched a pixel image, sized of 12×12. Also, there were symbols he made, such as Sun and Umbrella used to tell the weather. Now, his 176 original emoji is part of the New York’s Museum of Modern Art.

The cute and adorable Emoji quickly gained popularity across Japan. This made the rival companies of the original maker, which is the DOCOMO, copied or steal their idea. That time, the release of the new mobile phones are rampant, and so, in the middle of the year 2000s, some companies such as Apple grabbed the opportunity to take the Emoji idea to their platform. This made the Emoji got outside Japan and became a worldwide trend.

As the Emoji became famous, a petition was filed to get it recognized by the Unicode Consortium; this group works as a UN in the digital world. A Google team led this petition. The petition filed at Unicode Consortium focuses on the standardization of the Emoji as it is now considered as a language. This petition was presented to stop the confusion or misusage of the people icon in the different cultures around the world.

The Unicode accepted this proposal in 2010. The reason for the acceptance of the petition is that the usage of Emoji is rampant, and the law must regularize it. Also, it is the start of recognizing Emoji as a different body of a communication.

The year 1999, the original set of Emoji was released in Japan; this includes the symbols for the weather, the traffic, the technology, and the time. In 2010, the Unicode is now officially accepting Emoji as a new form of communication. Also, this comes with a new set of icons, such as animals depicting emotions like anger, happiness, and sadness.

In the year 2015, Emoji became available and famous outside of Japan. This made the Emoji more diverse, and this adds a new set of people and ideology, such as same-sex couples icons. The next year another set of well-diverse icons was added, such as a single dad and the famous pride flag.

In addition, the widespread usage of Emoji became even more versatile. For example, the ice cream icon was given a different meaning, the same as the eggplant and cactus. Also, the heart icon is not about heart anymore, but it is love or “I love you.” As a result, UNICODE is adding every year a different version of its approval.

Undeniably, Emoji is very popular, and it is used every day like a necessity in our lives. This computer-generated, number-encoded way of expressing our feelings or thoughts is somehow fun and enjoyable. This made our communication alive and creative. But we must not forget that to live outside the digital world, talking to actual people, and physically expressing our feelings to them is always the best way to communicate.