Streaming In 2022: Here’s What You Need To Know For Entertainment Today 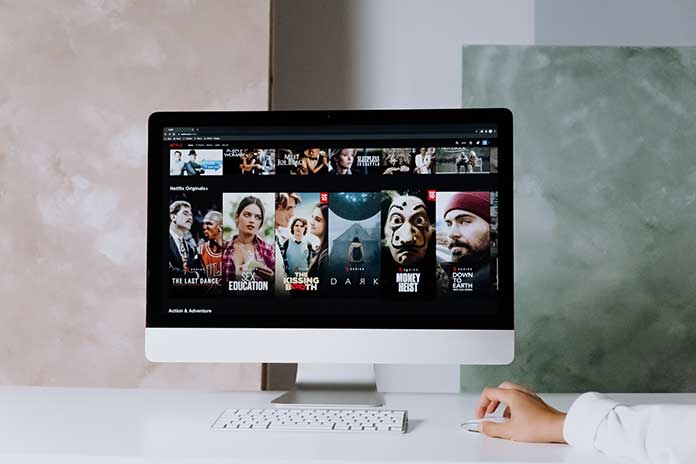 There once was a time when gathering in front of the TV was looked upon as a luxury. In fact, not many people could even afford a TV during the mid-20th Century. But as you may have noticed, times have certainly changed.

In today’s world, it’s hard to find anyone without a TV in their home. In fact, even large flatscreens in excess of 55 inches have become affordable for most people. And with as many Americans that have cut the cord, streaming has become a preferred way to view entertainment in the 21st Century.

But what are the best ways to view entertainment? And how can you get the most for the lowest price? Fortunately, there are many ways to access the entertainment choices and digital content that you love. And in most cases, all you need is a streaming device and an Internet connection.

If you’re looking to upgrade your viewing experience, the following will offer a few solutions for entertainment in today’s digital world.

Cord-cutting became a popularized term after YouTube and Netflix came onto the scene. Since the mid-2000s era, more and more people have begun canceling their cable and satellite subscriptions and started streaming entertainment for a far cheaper price.

When you stream content, you’re in control. You can select from a variety of streaming services and only pay for those that offer you the most bang for your buck. In other words, with streaming, you’re no longer at the mercy of cable or satellite providers. And the options only increase from here.

Multi-use streaming apps such as Kodi offer a user the ability to watch entertainment and play video games, along with accessing live TV shows, music, sports, and much more. And all you need is a streaming device to install the Kodi App, and you’re set for your entertainment needs.

In addition to the many uses that Kodi and other multi-use streaming apps offer, there are also numerous upgrades and add-ons that will only enhance your entertainment experience.

Kodi add-ons are used by millions of cord-cutters across the country. And for very good reasons.

With Kodi add-ons, you’re able to get the following:

With all of the entertainment options that Kodi and other multi-use streaming apps provide, it’s easy to see why cable and satellite providers are slowly fading into oblivion.

If you’ve looked into streaming entertainment recently, you may have noticed that just about every network has an app or a streaming option. And while all of these companies are beefing up marketing practices and trying to cash in on the business, some have their finger on the pulse of what consumers want whereas others fall a bit short when it comes to attractive options.

For example, Peacock TV has recently become popular as a streaming option for the variety of shows that NBC offers. And while this may be attractive, other networks offer package deals that allow you access to numerous shows and entertainment for an affordable price.

When it comes to package deals, and to streaming apps in general, it’s best to start small and stay within your budget. For example, companies like AT&T DirecTV may offer HBO MAX for free with a contract, but these types of contracts are typically two years in length and can be costly.

As a best practice, choosing a couple of apps will help to keep your monthly entertainment expenses low and within your range. But if you sign up for every app you see, even if the monthly fee is only 5 or 10 dollars, pretty soon you’ll be paying just as much for all of your streaming choices as you would with traditional cable.

Seeking out package deals that offer exactly what you’re looking for is a great way to keep costs low and still be able to enjoy many of your favorite entertainment options.

Taking your entertainment into your own hands is easier now in today’s world than it ever has been before. And with great tools such as Kodi and other streaming options, cutting the cord has never been easier and the entertainment we all love is just a few buttons away.

About Isohunt Website Isohunt is a tremendous online torrent file-sharing website that runs on the Bit Torrent search engine. The name "Iso" was derived from...
Read more