How Does A 3D Printer Work? 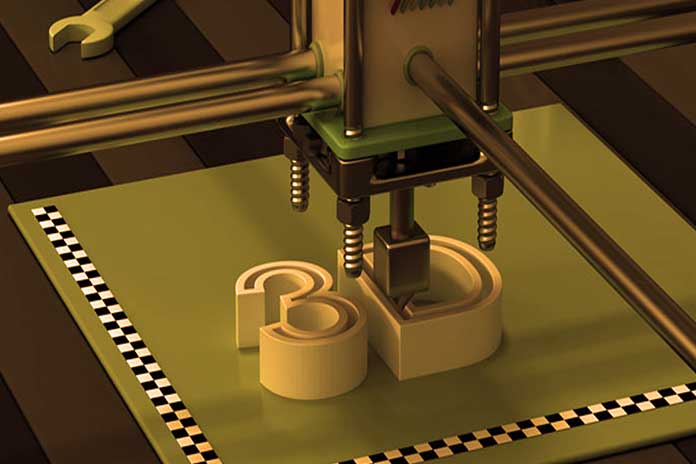 In recent years, the market for 3D printers has evolved exponentially. This is because three-dimensional prints are helpful in several areas. Both professionals and individuals use these printers. For example, they are indispensable in the field of medicine and, more specifically, in the design of prostheses, bone relics, human tissues, etc. How do 3D printers work?

Contrary to what many people think, 3D printers are easy to use. Several processes contribute to the proper functioning of these devices. Among these, you will find stereolithography technology. The stereolithography process generally resides in a photopolymer tank’s concentration of ultraviolet light. These include synthetic materials containing molecules that can be mutated under light and UV rays. Before taking action, 3D printers will first analyze the CAD file. The ultraviolet laser will gradually shape the desired 3D object by proceeding layer by layer. As you can see, this operation will repeat several times until the thing is fully obtained.

When the laser touches the material, the latter hardens automatically and will be able to bind to the adjacent layers to offer the final result. Each object is produced in stereolithography and has a high-quality rendering. You can see fine and exact details. This is why the stereolithography process is considered one of the best 3D printing techniques. For more information, do not hesitate to consult the lv3dofficiel.fr website.

Generally abbreviated as FDM, the “Fused Deposition Modeling” process makes it possible to deposit layer by layer of filaments of thermoplastic material. Each of them is melted at an average of 200°C. During the process, the filaments will overlap to design the 3D object to be printed. However, it is essential to specify that the progress of this process also requires coordinates transmitted by the CAD file. In addition, the “Fused Deposition Modeling” process is among the most economical. It is considered the basis of most 3D printers generally dedicated to the public. You can buy them ideally to design toys, prostheses, and many other objects.

Abbreviated as SLS, “Selective Laser Sintering” technology is remarkably similar to the stereolithography process. However, the work at this level will be done with powder. This process remains mainly white polyamide designed based on nylon. Materials of this scale are pretty effective in creating porous surfaces that can be painted later. The laser used for 3D printing must be robust. This will allow you to view the powder used accurately. Compared to other printing processes, the “Selective Laser Sintering” technology necessarily requires the data transmitted by the CAD file before being implemented.

Under the effect of heat, the powders will melt to fuse. This will make it possible to make the 3D object to be printed. Unlike other 3D printing processes, it is necessary to work the thing by hand at the end. This includes performing some brushing and sanding manipulations. Such actions will allow you to have a well-finished 3D object. All in all, 3D printers are used in various sectors. Their mode of operation varies according to the process to be used. There are several, among which are the “Selective Laser Sintering (SLS)” technology, the stereolithography processes, and the “Selective Laser Sintering.” This printer makes it possible to obtain copies of various natural objects regardless of the technique.

Suppose it is true that the most recent iPads correspond to more robust and performing hardware. In that case, it cannot be excluded that...
Read more
GADGETS

Many improvements for the new virtual reality helmet that will debut next February at 599 euros. The information on the price and release of...
Read more
GADGETS

Things To know Before Purchasing A Bluetooth Speaker?

Your love your music. It sets you free and makes every moment enjoyable and remarkable. While using earphones is one way to enjoy your...
Read more