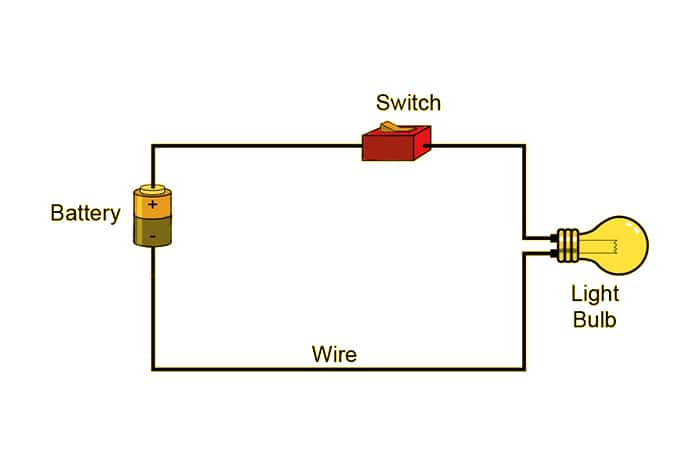 Everyone knows how to turn on their lights, computers, vacuum cleaners and television sets – you just flick a switch. Yet most people are less aware of precisely what it is that flipping that switch accomplishes, which is actually the completion of an electrical circuit that allows a flow of electrons, or a current, to go through the wires.

An electric circuit bears some similarity to the circulatory system, with arteries, blood vessels, capillaries and veins being analogous to the wires within a circuit. While blood is carried through the human body by blood vessels, the electric current is carried by the wires within a circuit to various areas in an electronic or electrical system.

The wires within electrical circuits are made of conductors, which help with the transmission of electricity and have a low resistance to current.

Sometimes an electrical circuit will need to be tested to ensure it is performing correctly, for which an indispensable tool is a digital multimeter.

How An Electric Light Works

Two wires are connected to an electric light, and there has to be a complete circuit so that electrons, which produce light, can flow through and then out of the light bulb. When the switch is turned off, there is no complete circuit and no current, but when it is turned on the circuit is complete and the current flow will see light being emitted from the bulb.

An electrical circuit can consist of tiny chips that contain millions of transistors or be an enormous power system that transmits megawatts across thousands of miles.

The wire material used within fluorescent bulbs are usually either aluminium or copper but in incandescent bulbs, the current actually passes through something called a filament, which is a thin strip of a wire type known as tungsten. The filament gets heated, resulting in the production of light.

Simple electrical circuits feature two conducting wires which are connected to each cell terminal at their ends, a power source, and a tiny lamp to which can be attached the free ends of the two wires from the cell.

The making of a proper connection results in the circuit closing and current flowing through the circuit and turning on the light in the lamp.

In practical applications devices such as switches, circuit breakers and fuses open these circuits.

Large amounts of electricity are transferred and controlled by power circuits, including the likes of power lines and wiring systems in both business and residential properties. Power circuits feature electrical generators and lighting systems at one end, while at the other household appliances or heating systems.

The processing and transmitting of information is the province of electronic circuits, such as the type found in computers, television sets, radars, cell phones and radios.

A series circuit sees all elements connected from end to end, with the same voltage of electric current flowing in a sequential manner through these components, with the overall voltage being the total of all the components’ voltages.

Which Bookmakers Should We Use & How To Use Multiple Bets?

Owning a credit card could have different meanings for most people and you. For many, it is a way to live a convenient and...
Read more