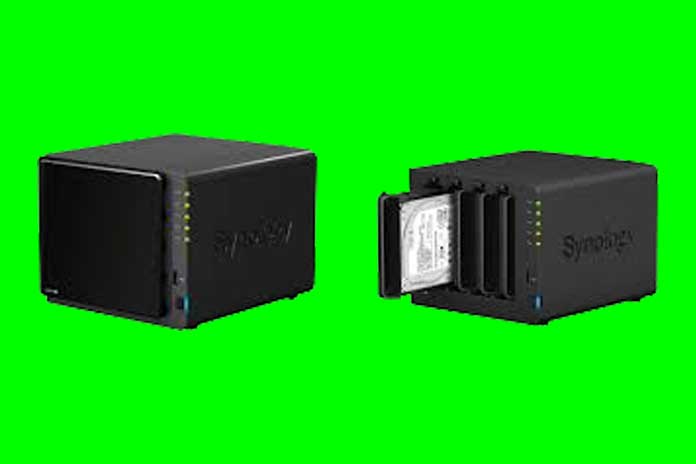 Backup from backup: Today, important data usually ends up on a NAS – if you want to be on the safe side, you should back up this NAS data.

You might back up essential data on your Network Attached Storage (NAS) – but that’s not enough for critical data. We will show you what options there are to make backups of the backup.

Network-attached storage systems (NAS) were originally primarily backup targets and pure network storage. Today most NAS are complete servers, take care of media streaming, websites, e-mails or can even be converted into karaoke systems. They are still primarily data storage but have long since ceased to be pure backup storage. NAS folders are usually wholly integrated into Windows and used as standard storage locations – in these cases, a regular backup is required.

But even if the NAS only contains backups, a backup from the backup is worthwhile: A good backup is far from the source or is at least portable. Why? Well, unsightly circumstances like fire, lightning strikes or intruders could quickly destroy NAS and data. There is, unfortunately, no general step-by-step guide for this problem; every NAS manufacturer uses its tools – the more the NAS is a complete computer, the more extensive the possibilities. Nevertheless, the options are very similar: External data storage devices, additional NAS / servers and the cloud. We use a QNAP NAS for concrete examples.

The simplest variant of a backup is an external USB hard drive – all NAS offer connections. For example, at QNAP, you will find the corresponding function under ” Backup manager / External Backup / External data carrier “. Here you connect a USB hard drive, click on ” Create new order”, and then use the wizard to create a backup job. This is very similar for all manufacturers: First, you specify the source and destination folders – a pair or several.

Then you determine the backup method. Most of the time can You can either create time-controlled jobs here to save about every Tuesday at 12 noon. Or you can use live backups to save files immediately after being completed/changed automatically; alternative keywords here would be synchronization or real-time backup. And of course, it should give the option to perform a manual backup only once.

The next step is to take care of the rules and filters. QNAP, for example, offers the option ” Delete excess files”: If you delete a file in your source folder that already exists in the backup folder, the backup file will also be deleted. This leads to less protection, but otherwise, the backup would continue to grow. You can also find this option at fast Every backup tool on every NAS. As a rule, you can still determine how system files, shortcuts and similar special cases should be handled. QNAP then follows the filters: Here, you exclude certain file types or limit the backups to certain types – again, a standard, but this type of backup only makes sense if you remove the USB hard drive and store it outside your home if possible.

The short version is also available from almost every NAS provider: Immediate backups via the front USB socket. At QNAP, you will find the function under ” Backup Manager / External Backup / USB One-Touch Copy “. You can configure the NAS so that when you plug in a USB data carrier (depending on the NAS model, only after clicking the copy button), either the content of the data carrier is saved on the NAS or, conversely, a folder from the NAS is saved on the USB stick becomes.

Here, too, you can choose whether the two folders should be synchronized or whether only the source folder should be copied. This type of backup is beneficial if, for example, you regularly edit files at home that you then want to take with you to work.

The backup variant NAS to NAS is undoubtedly not particularly interesting for private users; this constellation is likely to be too rare – so only a brief overview: With QNAP and other more powerful NAS, such as the large Synology models, you can transfer data over a network Back up, including the Internet, to another server – this can, but usually do not have to be a NAS. By default, the rsync sync tool, which is standard on Linux, is used.

At QNAP, you will find the function under ” Backup Manager / Remote ReplicationsThe prerequisite for this is that a rsync server is running on the backup device – which can be done on most NAS and any “normal” Linux computer. Even Windows can be used as a rsync server/client of backups is the same as setting up jobs for external storage, only that the URL and login data for the rsync server must be specified.

By the way: Even if your NAS does not offer such a function in the interface, there is a good chance that you can use rsync from the command line. The rsync command is quite simple and, in the simplest case, could look something like this: “r sync -a / home / nas-user / source server- user@192.168.178.100: / home/destination “. The option “-a” stands for the archive mode and summarizes many standard options in a meaningful way. Of course, you have to get used to rsync a little, and you have to do the scheduling manually, but rsync is extremely powerful and reliable and available on pretty much every Linux system.

Such backups are helpful if you have a remote server / NAS available as a backup target to activate a rsync server. If your NAS offers the corresponding functions in the web interface, the whole thing is super convenient – if not, you have to spend an afternoon doing rsync and cron for scheduling.

Also Read: Partition Of Hard Drive: Here Is The Step By Step Procedure To Do It

The best variant is, of course, a backup in the cloud, be it in Dropbox, Google Drive or Amazon AWS. Here, too, there are two variants: NAS-specific solutions and an available detour. At QNAP, for example, you can use the ” Hybrid Backup Sync ” app and its extension ” Cloud Backup Sync”(Attention: The app replaces the standard backup function, so that, for example, the rsync settings can now be found in Hybrid Backup Sync.).

You can use this to create backup and synchronization jobs again using simple wizards, including here for Dropbox, Amazon, Google Drive, Microsoft OneDrive and Alibaba Cloud. The options are largely the same as for local USB backups. However, you should keep in mind that at least confidential data should not end up unprotected in the cloud – encryption is what cloud backups offer -Apps often not on!

The alternative: Most of the time, you will have both your cloud folder and the NAS folder to be backed up locally integrated into Windows – and then you can work very quickly with any Windows tool. Backup and sync tools are a dime a dozen for Windows, and almost all of them also offer encryption. An admittedly not very pretty, but technically very sophisticated tool is the open-source backup device Areca.

Create a regular backup job with the locally integrated NAS folder as the source and the cloud folder as the destination. In terms of performance, this is not a hit because the data is first copied from the NAS to the Windows computer and from there back to the cloud. But you can work directly under Windows, have a free choice of tools and are allowed to encrypt.

Conclusion: USB backups help against hardware defects and accidental deletion and are particularly simple. Cloud backups with NAS apps also protect against theft and the forces of nature but store data with third parties. Cloud backups via the Windows detour are somewhat more flexible and offer a more excellent selection of tools but copy more data than necessary. Both variants require encryption. The backup on your remote servers is certainly optimal but not a standard option for private users. The best you can do is encrypted cloud backups – no matter where.

Also Read: How To Set Up NAS – Here Is How It Works

With so many exciting technology trends, have you ever thought about automating your home or rental property?Imagine being able to adjust the temperature in...
Read more
TECHNOLOGY

The most common scams used today start with emails or phone calls. Someone claiming to be from a well-known tech company will reach out...
Read more
TECHNOLOGY