Indian Super League – All You Need To Know 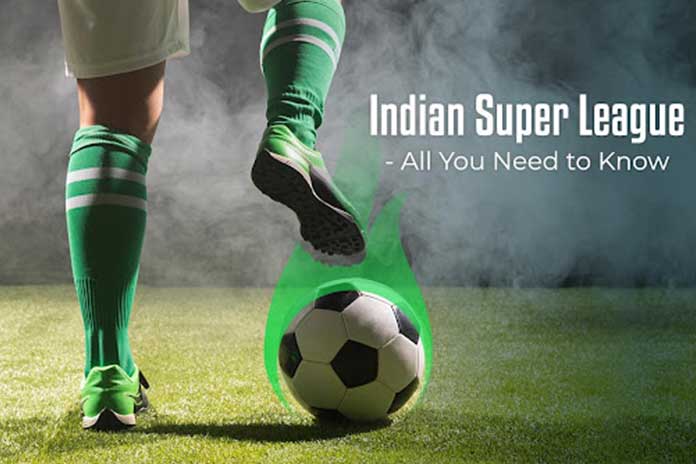 Football is a game loved by all Indians, especially in the country’s northeastern states. The Indian Super League is the most popular format of national football played in India. These club matches are played in a premium manner with the best facilities and coaches assisting every game and overlooking the proceedings.

Football news is the most followed sports news on the planet and is made even easier now with many apps. If you have a fantasy football app, then you can monitor all the changes in player personnel in the many teams, and you can also play fantasy football which proves to be both fun and informative at the same time. These apps even offer many rewards and prizes that make the time spent on these applications very lucrative for the users.

Let’s check out some quick facts about the Indian Super League and how it has been established in India over time.

Establishment of the Indian Super League

It is a very young football league in India that has just been introduced in the past decade. In 2014 Indian Super League was first organized by the authoritative board for football to be the highest level of playing professional football in the country.

The structure is similar to the English Premier League and other European cups, where the best players worldwide and young Indian football players come together to play a match for the final champion’s trophy. There are eleven teams at the moment, with chances of other new ones forming shortly with the gradual growth of the game.

The Aim of ISL

Indian Super League has been designed to promote the sport throughout the country so that every individual state and place is interested in the game. The games are carefully organized throughout the year, and they come in a format where you can watch the matches at your suitable time and choose to enjoy them fully with friends and family.

The initial aim of the league was to make India a football superpower so that it could find its place in future world cups sooner and develop its players along the lines of the greats of international football. There have been many experiments done with football in the past, but so far, ISL has proved to be the best and most successful format to come out of the country.

There are a total of 11 clubs in the Indian Super League, which comprises the states that favor the game of football and invest in the young talent that is bustling to take a step in the world of football. The major states that play this game are West Bengal, Goa, Jamshedpur, Mumbai, Odisha, East Bengal, Kerala Blasters, Goa, and Bengaluru. These have some of the most promising talents. The club system lets foreign players be brought in from different nations, allowing these youngsters from India to experience professional football played internationally.

Similar to cricket, the initial stage has a double-round robin, which is the very easiest format of play for these kinds of games involving many different teams and lets every team plays a match with another in a ceremonious clash. The arrangement has been made beautifully, where each club plays another once in their home ground and again on their opposition’s ground. The number of matches played by the team is 110 for each season of the Indian Super League.

Awarding points is also straightforward: each winning team gets 3 points, and the losing team gets 0 points. When there is a draw in the initial stages, both teams get rewarded one point each for the game.

The final four top-ranking teams are escalated to the last stages of the tournament, which leads to the trophy. The winning team with the most points on the board is awarded the ISL League Winner’s Shield.

Antonio Lopez Habas holds the title in the game for the best coach, and Bengaluru holds the title for the team to have single-handedly won the majority of points, which counts to 40. FC Goa holds the spot for most games won, which is a total of 51. Kerala Blasters have made the maximum number of draws, and Goa again holds another record for the team with the most goals in the game.

Sunil Chettri is the champion player of the tournament, having the record for the maximum number of goals to his name.

The record for a win with the largest margin is held by FC Goa, who beat the Mumbai team by 7 goals to none in a league match.

ATK Mohunbagan holds the most trophies in this league and is the best team among the eleven. They have created a brigade with the best defense and shown diligence in overcoming any odds to deliver their fans a quality football game.

Football is an amazing game and, as of now, is very popularly celebrated in India. A major part of the country loves the European clubs and teams, but for a long time, India has not been able to produce any significant promise through its play. The establishment and running of the Indian Super League promise that the future of football in the country is only getting better with time and will be widely accepted and played so that India can form a great national side to compete for the coveted FIFA World Cup soon.

Bet365 App – How To Install The Application

Bet365 operates under the license of Golden Beth LLC and is a member of the ERAI.Bet365 itself was founded in 1974 in the British...
Read more
GENERAL

Blackjack Apps Of The Future: What We Can Expect To See

Casinos are a place where people go to gamble and try their luck. The number 777 is often viewed as a symbol of luck,...
Read more