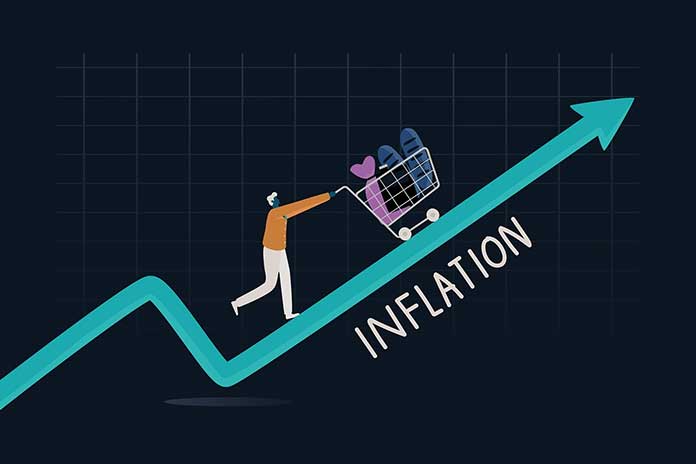 In principle, it is expected in a market economy that the prices of goods and services are subject to specific changes. Over time, the cost of some products will decrease, and others will increase.

However, if a general price increase can be observed for all services and goods, this is called inflation. An example is when you cannot buy as many goods with one euro today as you could the day before. The value of the currency decreases continuously in the course of inflation.

The following article explains what exactly is behind inflation and which examples show the current inflation particularly strongly.

The Calculation Of Inflation

When calculating how the average rise in prices will develop, the products on which consumers generally spend more money, such as energy, are valued more and more.

Less weight is given to cheaper products such as stamps or sugar. Of course, private households show very individual habits about their spending. However, the average of the expenditures of all private households determines which products are given how much weight in the course of measuring inflation.

All services and goods that private households use or consume are included when determining the inflation rate. These include, for example, durable goods such as clothing, everyday products such as groceries, and services such as rent payments, insurance, and hairdressing visits.

The Importance Of The Price Of The Shopping Cart

To calculate inflation precisely, a fictitious basket of goods is put together. This includes all services and goods consumed or used by private households within a year.

The price of the products in the shopping cart can change over time. The price of all products in this basket is compared with the basket price in a past period – this is how the individual inflation rate can be read.

The Calculation Of Inflation In Europe

The general increase in consumer prices is measured in the euro area using what is known as the HICP. This measurement takes place in a harmonized way, which means that all EU countries use the same method. This ensures that a representative comparison of the data from the different countries is possible.

The metric is an important indicator of how prices change in the economy. It also represents an essential decision-making aid for the ECB.

Finally, the European Central Bank must fulfill the task of guaranteeing specific price stability for consumers. The ECB does this by keeping the inflation rate as predictable, stable, and low as possible. In the medium term, this should therefore be around two percent.

This Is Behind The Perceived Inflation

Surveys of consumers show again and again that they often have the feeling that there is much higher inflation than the actual values ​​in reality indicate. Many scientific studies have already investigated what causes this phenomenon.

The results of these studies have shown that consumers generally perceive higher prices more than falling or stable prices. In addition, they remember increased prices longer. However, the average inflation rate also includes products and services that are falling in price or have remained stable.

In addition, purchases that are made frequently are perceived particularly strongly. However, above-average price increases have been observed recently, particularly for services and goods that consumers often buy, such as tickets, bread, and petrol. The actual dimensions of inflation are often overestimated.

In addition, payments and purchases made by direct debit are hardly noticed. However, private households spend much of their available budget on services and goods needed less often, such as vacations or new cars. Telephone bills and rent payments, however, are usually settled by direct debit – for this reason, these expenses are often overlooked when it comes to inflation.

It should also not be neglected that the expenditures of the individual households are very individual. Of course, this can also mean that some households are much more affected by inflation or feel it more than others. In this context, the personal inflation rate is also mentioned. A family that uses the car will have less money available, for example, due to rising petrol prices, than families that rely only on public transport.

This Is How Consumer Prices Have Developed In Recent Years

In many European countries, inflation was relatively high between the 1970s and 1980s. On average, however, inflation rates have been significantly lower since the mid-1990s. This can be attributed to the monetary policy pursued by the ECB and the preparations for introducing the euro.

Recently, however, a significantly higher inflation rate can be observed. The main reason is the sharp rise in food and energy prices.

In principle, the price index is not necessarily influenced by the products for which the most significant price changes can be observed. The inflation rate also depends on the share of the respective product in the average consumer spending. The weighting above of the different products and services always plays a role.

Whether your company is small, medium or large, it uses some management system, whether for finance, sales or marketing, and that can be very...
Read more
TECHNOLOGY