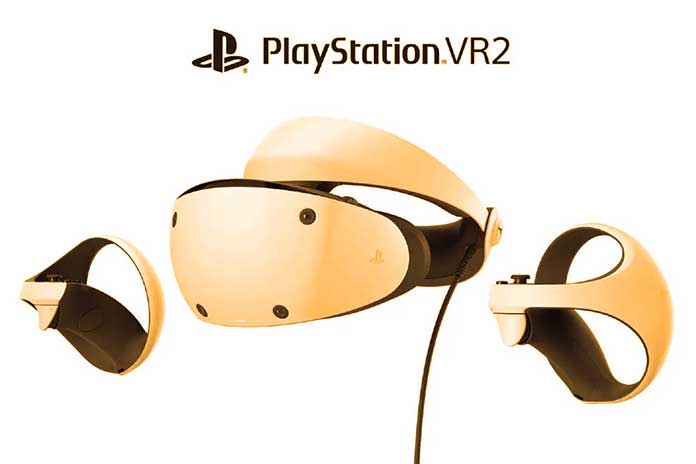 Many improvements for the new virtual reality helmet that will debut next February at 599 euros. The information on the price and release of PlayStation VR2 has finally arrived, or the latest generation virtual reality viewer-created to make the most of all the improvements of the Ps5. The appointment is set for February 22, 2023, at a selling price of € 599.99 for a kit that includes the wraparound goggles and the two controllers and stereo headphones. There will be bundles with games included in the package. What is the news of the new generation? It will be possible to pre-order in a few days, on November 15, but for the moment, not in India, the new PlayStation Vr2 viewer, which will be released in our country at the same time as the rest of the world on February 22 2023.

With an improved design compared to the first generation to increase comfort even in long gaming sessions, the new virtual reality helmet is designed to space the lenses as best as possible according to the user’s preferences and optimizes ventilation to avoid condensation. PS Vr2 integrates an OLED display with 90 and 120 Hz refresh rates and a resolution of 2000 x 2040 pixels per eye, opening a 110-degree view. The eye tracking system is accompanied by four cameras for movements even outdoors, while the connection to the console is via a USB type-c cable. The controllers perform more than the first generation, including adaptive triggers with haptic feedback and tactile sensing by connecting via Bluetooth 5.1; modular vibration is also added to the viewer for even more engagement.

Among the twenty games supported at launch, there is the most representative one for virtual reality or Horizon: Call of the Mountains, which will be part of a bundle (pictured above) that adds the title in a package for 649.99 euros. There is a charging base for the controllers at 49.99 euros among the official accessories. Sony, therefore, does not seem to shy away from offering a more expensive accessory than the console, which has already seen its price increase by 50 euros recently. For the more interested, the brand will simultaneously launch a charging station for its controllers for 50 euros.

According to Sony, this station offers gamers the advantage of not connecting their PS VR2 Sense controller to a USB connection on the PS5. Communication between the console and the headset is via a single USB Type-C cable; without the charging cradle, the controllers are also charged with that cable. Pre-orders for Sony’s headphones will begin on November 15, relatively early on the announced release date of February 22, 2023. Players can also start registering now on the PlayStation site to receive an invitation and increase their chances of acquiring viewers as soon as possible.

The new headset features inside-out tracking, so no external cameras are needed. There are four integrated cameras that also monitor the controllers, which contain adaptive triggers and haptic feedback. In addition, a camera is available that follows each eye’s movement. In VR mode, gamers can encounter games with a 360-degree view. The content is displayed in 4,000 × 2,040 pixel HDR video format (2,000 × 2,040 per eye) with a 90/120 Hz frame refresh rate.

One more improvement over the past model is that the field of view has expanded from 100 to 110 degrees. In addition, the device also has a cinema mode, in which you can view all games and non-VR multimedia content on a virtual cinema screen in HDR with a resolution of 1,920 × 1,080 pixels (Full-HD) and a refresh rate of 24 / 60/120. Hz. The PS VR2 headset will be slightly lighter and thinner than its predecessor, and an extra air intake has been added, which should minimize facial sweating or lens fogging.

Suppose it is true that the most recent iPads correspond to more robust and performing hardware. In that case, it cannot be excluded that...
Read more
GADGETS

How Does A 3D Printer Work?

In recent years, the market for 3D printers has evolved exponentially. This is because three-dimensional prints are helpful in several areas. Both professionals and...
Read more
GADGETS

Things To know Before Purchasing A Bluetooth Speaker?

Your love your music. It sets you free and makes every moment enjoyable and remarkable. While using earphones is one way to enjoy your...
Read more