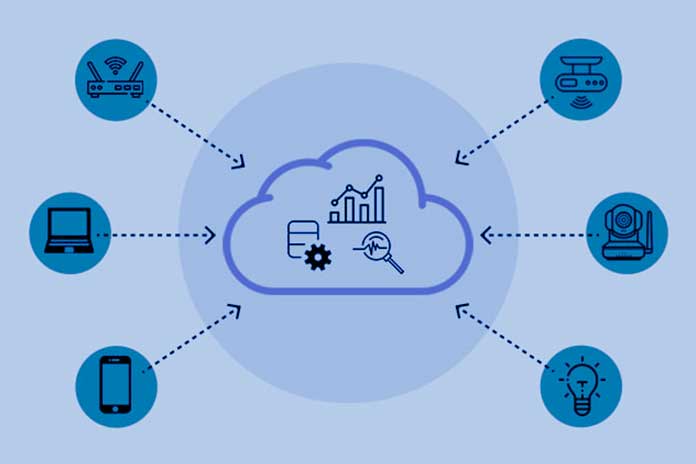 Many companies interested in or using the Internet of Things (IoT) consider cloud platforms the most critical technology. This was the result of a survey of companies carried out in cooperation with the QSC subsidiary Q-loud. Thirty-seven percent of those surveyed used such platforms for IoT solutions. Two years earlier, it was only 22 percent.

Companies recognize the value of universal IoT platforms that connect devices to the Internet of Things and make sensor data available for further processing. Large companies, in particular with more than 1,000 employees, have made enormous progress here. In the previous study, only a third of these (33 percent) companies relied on platforms.

Non-Networked Platforms Are In The Majority

However, this does not mean that companies will opt for a uniform platform. A little less than half of the companies (46 percent) use several independent IoT platforms that are not networked with one another. This shows the heterogeneity of the IoT landscape: In the past, many companies have tested several venues to find the most suitable one for them.

The result of this test was apparent that several platforms are relevant and therefore continue to be used. However, for only a minority of nine percent of the companies surveyed, the media were consolidated and linked. Isolated solutions have the least added value for the entire company. Nevertheless, in three quarters (76 percent) of the companies surveyed, the IoT solutions are not yet integrated into other business applications (ERP, CRM, etc.).

Only a quarter (24 percent) of those surveyed have already implemented something like this. After all, every second company (51 percent) has specific plans for this. The majority have recognized the urgency of this topic. The front runners in the targeted integrations are ERP (39 percent), warehouse and logistics (32 percent), CRM (32 percent), and the inventory of service cases, systems, and machines.

Good Integration Into The IT Landscape Is Desired

Every second company (54 percent) expects noticeable benefits from this integration, such as increased product quality or process efficiency. At least one-third (33 percent) even expect trend-setting advantages such as a strategic lead over their competitors. From this, it can be concluded that most companies have identified integration as an essential success factor for the IoT.

The most crucial helper is the IT organization, in charge of every second company (50 percent). In the other half of the companies, responsibility is distributed in descending order of importance to the managing director, CTO, a particular IoT boss, or the chief digital officer. In short: IoT is an IT topic in many companies.

Development With Partners Is Standard

This is no wonder because companies want scalability first and foremost (31 percent). Other essential expectations of the features and functions of a platform are also quite IT-heavy: data storage, multi-cloud capability, cloud hosting, and a workflow engine. As in previous years, security by design is also an important topic but has slipped back in the ranking. This indicates that networking, integration, and the software cause many practical problems when using the solutions and that security is only one topic among many.

An important factor is the know-how for developing and operating IoT solutions. In the meantime, joint development with an external partner has established itself as the standard; almost two-thirds of the companies (65 percent) used a service provider. Only 16 percent of the companies had a solution developed ultimately externally, and 41 percent took over the development themselves. (Note: multiple answers were possible here).

Also Read: What Does The Distributed Cloud Bring For SAP Customers?