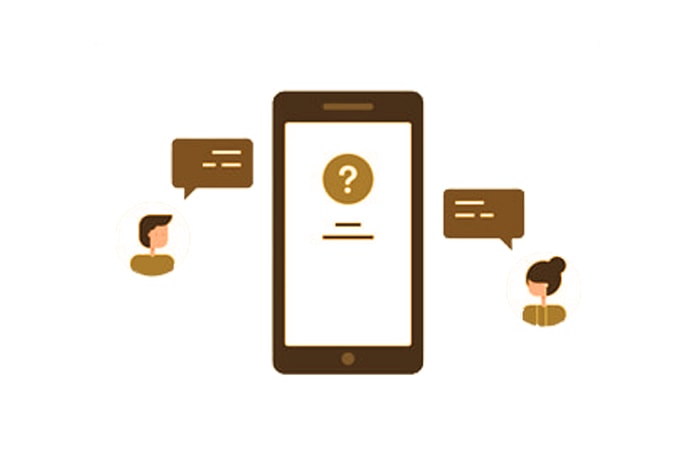 While React Native is a popular choice for app development, you’ll want to make sure you have the full picture before committing to using this tool. There are plenty of benefits to working with React Native, but there are a lot of drawbacks as well. If you take a closer look at everything it has to offer, you’ll be able to decide if it’s the best choice for your chat app.

Pro: It’s Easy To Work With

By far, the biggest advantage of building an app with React Native is how easy it is to use. It’s highly efficient and is designed to help you make the most of your time. Tasks that can normally take a long time to complete can be taken care of instantly when you use React Native.

It will likely take a lot of time to build your chat app. When you use React Native chat SDK for custom chat apps, you’ll be able to save quite a bit of time and have a smoother experience overall. If you want fewer headaches when you’re creating your app, you may find that this is the best choice for you.

Building an app isn’t always cheap, which is why you’ll want to look at what you’re getting for your money when choosing a framework to develop an app in. Since React Native is a time-effective choice, it can also help to save you money.

Creating a high-quality app can be expensive, but it will cost you a lot less in total if you opt to use this framework. When you compare React Native to other platforms, you’ll see it delivers plenty of value.

While React Native does offer some cross-platform functionality, it isn’t fully cross-platform. If this is important to you, you’ll want to look at other tools to develop your chat app. With React Native chat SDK, you won’t take the same single codebase approach that you could take with other tools.

That isn’t to say that you’ll be limited to a single platform when you work with React Native. It can be used for both iOS and Android, as well as web development. With that said, you may have to put in more effort to get your app running on multiple platforms. Think about your plans for your chat app if you’re deciding whether you should use React Native chat SDK.

Pro: You Can Build A Great-Looking App

When you’re building a custom chat app, you’ll want to create something that performs well and does everything you want it to do. However, you’ll also have to think about the look of your chat app. With React Native, you should create an appealing and professional-looking app that people will be impressed with.

You’ve likely judged apps based on appearances, and it’s safe to assume that people will do the same thing with your app. If you want an app that will leave a great first impression, working with React Native is a smart choice.

Con: You May Need A Developer That Has Experience Working With React Native

As mentioned above, one of the biggest advantages that React Native offers is that it’s easy to use and work with. With that said, for certain modules, you’ll need the assistance of a developer that has plenty of experience working with React Native. The basics are simple, but to create some of the more complex features you might want for your chat app, you’ll need help from a developer with the right expertise.

If a developer on your team has experience with Native, this shouldn’t be a problem for you. However, if no one on your team has used React Native before, you may have to outsource certain tasks to other people.

Pro: You Can Use The Same Team For Multiple Platforms

Even though React Native doesn’t have complete cross-platform functionality, you won’t need separate teams for each version of the app. You’ll be able to stick to a single development team, even if the app is being released across several platforms.

Since you’ll be able to stick to using just one team, you may find that building your app through React Native saves you money. Maintaining several teams can be costly. When you use React Native, you may be able to cut your total expenses.

If you put a lot of time into building a chat app, but the finished product runs poorly, you’re going to have problems. Performance is another reason that so many people choose to use React Native. When you build a chat app with React Native, you can expect it to run very well.

Performance issues can keep an app from serving its purpose, which can be a huge problem. If you want to ensure that your app runs well, React Native should be a very strong choice. It’s known for its awesome performance.

How To Avoid Abandonment Of Your Mobile App

The rate of abandonment of mobile applications continues to increase with the development of technology. Technology is having a significant impact on smartphones every...
Read more
APPS

Although iCloud is the right solution for sending or receiving files from iPhone and iPad between mobile devices and computers, the cloud solution is...
Read more
APPS

Smartphones have evolved with time. There are better features, better functionalities and better apps to use them for. There are a plethora of social...
Read more