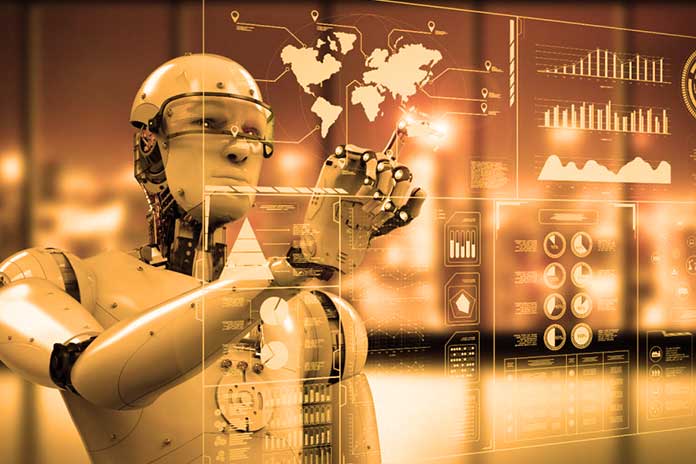 This science has undoubtedly anticipated the fundamental characteristics of the Internet of Things (IoT). This term refers to infrastructures in which countless sensors are designed to record, process, store data locally, or interact with each other, both in the medium range. The introduction of new technologies – particularly robotics – will inevitably create many problems from both an ethical and legal point of view since excessively rigid regulations could stifle innovation, and the lack of legal clarity would leave all operators in the dark.

Think, for example, of human bionic systems that is, a series of technologies (ranging from bionic prostheses to exoskeletons, body prostheses, brain-computer interfaces) that allow you to restore lost body functions and eventually overcome different types of disabilities, the distribution of which, however, poses more general problems as regards the impact on the notions of human nature, identity, normality, disability, and the corresponding legal effects.

The Problem Of Regulation

A transparent regulatory environment is seen as a critical element for developing robotics and autonomous market systems, in which products and services can be distributed without problems. There is an intense fear that premature and intrusive legislation could hinder scientific progress and cancel potential benefits or, worse still, cause economic or other inefficiencies. At the same time, somewhat paradoxically, it is admitted that the lack of a reliable and secure legal environment can equally hinder technological innovation.

This problematic situation certainly undermines legal certainty and induces people to act in an ambiguous sector in which rights and responsibilities cannot be identified in advance. Undoubtedly, a regulatory intervention will be necessary to obtain a legal framework capable of supporting constant scientific progress without becoming obstacles to technological development.

Laws and regulations in the robotics sector will also be fundamental to developing a competitive market effectively. Research and industrial production in robotics must grow in line with the complementary objective, which is enshrined in policy, of establishing itself as an area of ​​freedom, security, and justice.

The competing objectives of protecting consumers and, more generally, end-users from detrimental effects while promoting innovation must therefore become the legislator’s own. In this regard, the most effective regulatory system must combine several tools: legal norms, technical norms and standards, codes of conduct, and best practices. In this way, it will guarantee certainty, flexibility, precision, and a correct interpretation of certain doubts.

Ethical And Legal Issues On Robotics

Robotics is a disciplinary sector that has the study and construction of robots and their practical applications in industrial production and scientific and technological research activities. The three main strands of Robotics are:

Some recurring themes are worth dwelling on.

The first is undoubtedly the one linked to future intelligent technologies that could one day replace humanity: the intelligent robot, equipped with artificial intelligence so developed that it enters into conflict with humans, even to the point of wanting to replace them. In reality, this perspective is quite ambitious as no robot will probably ever have that complex biochemical system that governs the hormonal behavior of human beings.

A second topic for reflection concerns the fear of the progressive isolation of the human being, who may one day have more contact with their robot than with their kind. The analogy with modern communication technologies is interesting: if, on the one hand, access to the Internet via mobile telephony has allowed everyone to enter digital communities made up of billions of people, creating the illusion of an immense society digital, on the other hand, has raised the risk of individual isolation, often exemplified by somber images of humans who, instead of talking to each other, are folded upon their touch screens.

In this specific case, in effect, the presence of a humanoid will add a third level. The humanoid can be both the family member of the next room and the means to contact other human beings at any time and any place with a click. Another important aspect of robotics, both of an ethical and legal nature, concerns the most fundamental of questions and relates to the fact that a machine capable of thinking and deciding should or should not be treated as a mere object.

Of course, no robot will ever be able to make emotional or sentimental decisions simply because it will not feel emotions or feelings, not having the biochemical structure naturally responsible for developing these characteristics. The fourth aspect concerns the future of the manufacturing sector and the fear that robots could replace humans with severe job losses. Consequently, the juridical-normative elements will have to be dealt with in-depth, regulating the interactions between humans and humanoids both in the private and the public sphere. It will be necessary to analyze and solve several problems:

But the use of robots could also give rise to more significant problems in terms of security and privacy. Consider, for example, a robot dedicated to monitoring the clinical-medical parameters of an older person and their transmission to the hospital or doctor in real-time, which will naturally become relevant also from the point of view of protecting the privacy and will have this purpose to be protected. By this principle, data protection must be integrated into the entire life cycle of the technology, from the very first phase of design to its last deployment, use, and final elimination.

Of course, in the specific robotics sector, everything will have to be disciplined without compromising the concept of open-source intelligence, the global intelligence of all machines stored in the cloud, from which each humanoid can draw the experiences and skills they need.

Cloud computing, therefore, will become a fundamental tool in the field of robotics. It will represent the “memory” of robots by solving one of the thorniest problems in the sector, namely that of the data storage capacity of a humanoid.

The IoT: Origins And Criticalities

But the advent of robotics is to be seen in close connection with other essential sciences such as cybernetics. As is well known, the aspect of communication between men and machines and between machines had already been studied in depth by a well-known scholar, Norbert Wiener, who had created a new science called “cybernetics” whose objective is precisely that of the “scientific study of control and communication in the animal (man) and the machine. ” This science has undoubtedly anticipated the fundamental characteristics of the Internet of Things (IoT).

This term refers to infrastructures in which countless sensors are designed to record, process, store data locally, or interact in the medium range, using radiofrequency technologies (e.g., RFID, Bluetooth, etc.), both through an electronic communication network. The devices concerned are not only traditional computers or smartphones but also those integrated into everyday objects (“things”), such as wearable devices (so-called wearable), home automation devices (so-called home automation), georeferencing, and assisted navigation.

In other words, the Internet of Things means further development of the Internet resulting from the networking of material objects. Objects equipped with a unique identifier (for example, a serial number) are also recognizable in radiofrequency.

But there are many risks associated with the use of this technology:

Blockchain technology will fundamentally change project management. This is what it says in the first specialist articles and publications that can be found on...
Read more
BUSINESS

The organization among NetApp and AWS and the innovation offer for on-premise and distributed storage, the executives, permit organizations to have absolute command over...
Read more
CYBERSECURITY