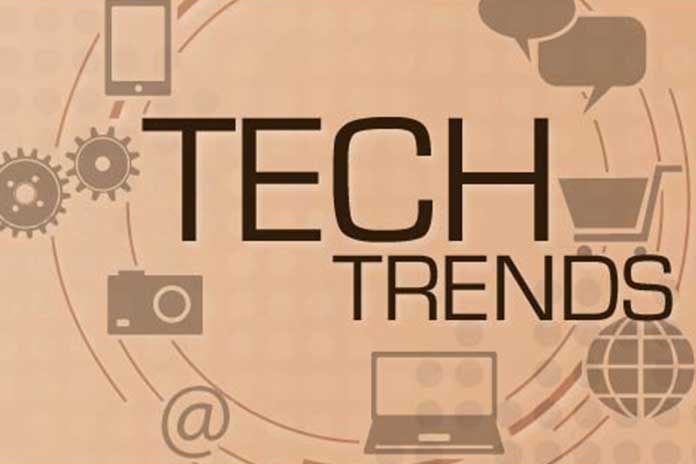 The world of technology continues to evolve at a breathtaking pace and impresses with its countless possibilities, mainly by its almost essential role today in this time of crisis. Between health measures, confinement, and teleworking, technology has once again proved its importance and effectiveness. So what are the latest technological advances that are gaining more and more reputation in 2020 and which could be among the trends of 2021?

The article of the day offers you four major technological trends that are gradually materializing and could very quickly emerge in 2021:

You have surely already heard of the concept of AI or Artificial Intelligence, where techniques are implemented to allow machines to “simulate” intelligence. AI is used in many fields today, especially when handling complex calculations or large amounts of data.

For example, artificial vision is integrated into smartphones, mainly in cameras, allowing sensors to automatically identify objects to adapt their settings according to the captured scene. This also allows the automatic organization of images according to the thing, location, or face.

In addition, AI is also present in the field of sales, in particular with the popularity of “chatbots,” allowing businesses to respond to customer requests through an instant messaging system spontaneously. On the E-Commerce side, automatic or voice search makes it easier and faster to find products. On the other hand, some applications attempt to adapt their content and thus personalize their services according to user preferences.

Another emerging technology, AR, or augmented reality, merging the real world with digital elements while allowing the user to interact in real-time. How does it work? “The synchronization of the real world and virtual information is done using geolocation and onboard sensors (accelerometer, gyroscopes, etc.) which locate the user about his environment and adapt the display to his movements.”

An example of AR that has become an integral part of the sales field today, the possibility of testing a product before buying it. Many stores or online stores allow customers to “analyze” a product before making a purchase; clothes, shoes, accessories, or even devices, the customer can determine in advance whether the product corresponds to him or not.

AR is also invited in the real estate field; some online furniture stores allow their customers to visualize the appearance of a piece of furniture to see if it suits them in terms of size or decoration. Likewise, some applications now allow you to preview walls in a room in different colors.

The Network Of The Future, 5G

Topical subject in 2020 but also a source of debate, the emergence of 5G. Gradually, we see the arrival of smartphones equipped with this new technology, which could well shortly be THE network used throughout the world.

In summary, 5G, therefore, promises us:

More concretely, this new ultra-fast network could make it possible to manage more than smartphones, tablets, or connected objects, but also a natural “ecosystem” of machines. These are houses, vehicles, security systems, or even an actual smart city …

However, the advent of 5G is still not unanimous, especially regarding the impact of its waves on health. Some say that these could prove to be very dangerous for human health, an idea that was denied following a study conducted by the ICNIRP (International Commission for the Protection against Non-Ionizing Radiation) last March. . However, the subject remains to be debated.

“The Internet of Behaviors”

Does this term sound unfamiliar to you? The Internet of Behaviors (or “Internet Of Behaviors” in English) designates a technology in charge of monitoring human activities with the aim of “influencing” behavior. This technology will be mainly used in Marketing, more particularly to convince the user to buy products.

A more concrete example, a health and well-being application with access to information such as weight, physical activity, heart rate, and others could soon be able to automatically suggest a specific diet or better habits to the user according to the ‘information collected and thus “influence one’s behavior” to achieve a final objective, “sell the product.”

In addition, some companies such as banks and insurance agencies could use this technology to offer more personalized services or “better adapt” to users’ needs.

However, as with 5G, the subject remains to be debated, this time about the confidentiality and security of the data used.

But That’s Not All!

Distributed Cloud, Total Experience, or even automation, several other technological trends could materialize by 2021. But the significant new advances to remember for the coming years remain Artificial Intelligence and the Internet of Behaviors, already an integral part of current technologies.