The Chip Shortage Is Global, And Is Having An Impact 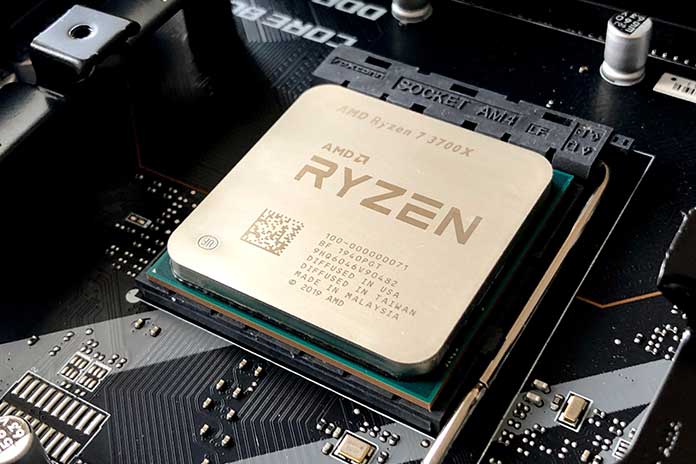 Recently, the world’s largest car maker, Toyota, made a stunning announcement that it will be cutting its global production by 40%. A reduction is planned from 900,000 to 540,000.

The world’s second largest car maker, Volkswagen, has said it may have to also do the same and reduce output. And these carmakers are not the only ones. Nissan has said it will be making 500,000 fewer vehicles due to the global chip shortage, and BMW, Renault, and General Motors have already had to reduce production numbers, too.

The global shortage of semiconductors is having a significant impact on global production and trade since they power nearly everything electrical that you own, from phones, computers, and cars to entertainment systems like games consoles. Many may be surprised to learn that there are chips even in things like electric toothbrushes and refrigerators. In other words, modern global industrial civilization cannot operate with the semiconductors that make it all happen.

Pat Gelsinger, chief of Intel, has said that it may be up to two years before the demand can be met with supply. No doubt, many are wondering if the situation could get any worse.

These microchips, often reduced to being called chips, are basically the intelligence behind most electronics and contain billions of transistors. IBM’s new chip, for example, contains about 50 billion transistors in a space about the size of your fingernail. As you can probably imagine, making these chips requires multiple stages and a variety of experts and facilities to construct them. A modern chip factory can cost around $10 billion and comprise the latest technological knowhow.

It has been estimated that there are about 100 billion chips in use globally and given that we are fast moving into an era of escalating production of electric vehicles to mitigate climate change, which use many times more chips, the demand will only grow.

It is clear, even to the most casual observer, that these chips form the core of the modern world, and the demand for them is growing as civilization becomes more complex and technology driven. Indeed, how long, you may be thinking, will it be before every modern home has a robot to do mundane tasks?

A weakness in the supply chain of these chips’ stems from the fact that production is centered around only a handful of countries, like Taiwan and Korea, with production in places like the United States, where the technology was invented, has considerably declined over the years, from 37% in 1990, to about 12% today.

Why do we have a chip shortage?

Many people around the world went into lockdown due to the pandemic, including the factories that produce these chips, cutting supplies for several months and having a knock-on effect on the precarious supply chain. To compound the situation, demand for electronic goods soared as more people were working and staying at home. As the backlog of orders grew from the demand, factories couldn’t keep pace and so we started to see shortages appear.

More people staying at home due to the Covid-19 pandemic means more use of computers, phones, tablets, and smart TVs and other streaming devices. The surge in demand for these electronic goods meant that supply couldn’t be met by manufacturers.

Many manufacturers of goods that require chips, such as Ford Motor Company, must make predictions of how many chips they will need for production and order them in advance. As things currently stand, it can take up to six months before a chip arrives after being ordered.

Although the manufacturing of these chips was hard hit by factory closures, another factor that had major impacts was the closing of ports. More recently, the closing of China’s Yantian port, where about 90% of the world’s electronic goods pass through, was recently shut down, causing a bottleneck of ships waiting out at sea to dock.

For the shortage of car chips, a contributory factor was poor decisions made by the auto industry. When the pandemic hit, many carmakers cancelled their orders for chips, anticipating a lengthy downturn in the economy and less demand. The cancelation of orders meant that chip manufacturers switched their production focus to making consumer products as demand for them was very high. This change in the production of chip focus and output resulted in a shortage of car chips in the global market.

If all this wasn’t enough to impact the global supply chain for chips, bad weather events and accidents also conspired to play their part, alluding to climate change as possibly having an impact on the production of chips. For example, Japan’s Renesas plant was badly damaged by fire. This plant produces about a third of all the chips used in the manufacture of cars in the world. Furthermore, storms in Texas resulted in some chip plants having to stop production, and a drought in Taiwan affected production of chips since these plants require a lot of water to operate.

Since Taiwan is the biggest chip producer in the world, along with Taiwan’s geopolitical tensions with China, it’s worth noting that the U.S. Biden administration has called for $50 billion in investment in the chip industry.

The effect of chip shortages

According to Jamie Johnson, CEO of FJP Investment, “We will see higher prices for consumer products that contain semiconductors. Delays in production and shipment, along with other factors having an impact, are all playing their part. Furthermore, said Johnson, “consumers probably won’t see the availability and range of electronic goods that they would normally expect to see. Thinking and planning ahead is a good idea”.

Many companies interested in or using the Internet of Things (IoT) consider cloud platforms the most critical technology. This was the result of a...
Read more
CYBERSECURITY

The medical care area has been amidst computerized change for quite a while - the COVID-19 is likewise speeding up the utilization of cloud...
Read more
BUSINESS