The Internet of Things (IoT): What It’s Future In The Corporate World? 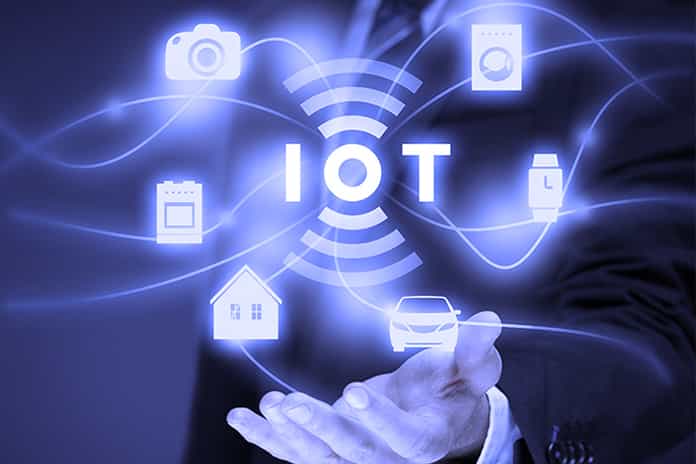 IoT is already at work in many sectors: agriculture, health, production, transport, logistics, and even public services. What developments and what future in the coming years?

What Is IoT & What Is It Currently Used For?

Invented in 1999 by Kevin Ashton, the term “Internet of Things” first appeared in a presentation he wrote while working at Procter and Gamble. His idea was to put RFID tags on the products to improve their tracking and have real-time inventory management. Today, the Internet of Things or IoT (Ashton did not invent this acronym) has developed on this concept.

Today, the IoT is essentially a network of objects and equipment (computerized or not) capable of communicating with each other and sharing data on their use, wherever they are located.

There are many different applications, connections and ways to manage data, but the basic idea remains: if objects, products and equipment can talk and share data, they can provide a wealth of customer information, products, processes and a host of other factors. The IoT is already at work in many sectors: agriculture, health, production, transport, logistics, or even public services.

The readings from the sensors thus help farmers to monitor their crops, doctors to follow their patients, electricity operators to better balance supply and demand, services to do predictive maintenance to reduce downtime. The shutdown of equipment and manufacturers to improve the efficiency of assembly lines.

Ultimately, the IoT generates more contextualized interaction possibilities that are likely to improve offices, homes, cities, consumer experiences and even environmental impacts. All these thanks to the information that the connected objects go up. The challenge now is to analyze this data and use it to build original projects.

What Impact Will This Technology Has On The World Of Work In The Next Five Years?

IoT is clearly generating great interest. The number of connected devices is forecast to reach 55 billion by 2025, and companies recognize that a connected workplace would offer at least some opportunities. Realizing that IoT can have a major impact on a company, its mode of operation, its personnel and its flexibility is fundamental for its adoption.

Our investigation seems to corroborate this view. Of the six trends examined, IoT was found to be the most positive for IT professionals: 80% of respondents expect IoT to impact the workplace in the next five years.

In comparison, while artificial intelligence – or at least its perception – is currently generating a lot of enthusiasm, only 70% of respondents imagine that it will have an impact on the workplace within five years.

We can legitimately think that the majority of companies, therefore, consider the collection, management and analysis of data as the main driver of change. With the increase in the number of devices and sensors on an IoT network, more cognitive computing (artificial intelligence) will also be needed to analyze and exploit the data produced.

Will We Gain Productivity With IoT?

The primary objective of the IoT is probably not to increase productivity, even if 47% of respondents think so. This point is interesting, a recent Gallup poll tends to show that the multiple technological innovations that we have known for several decades have not resulted in any improvement in productivity.

However, IoT could be a game-changer, since it is precisely designed to improve automation and allow better decision-making. In short, if IoT will not make us humans more productive, it should make companies more productive.

What Are The Obstacles To This Technology?

In general, a mixture of internal business processes, hierarchical decision-making concerning implementation and attitudes on the part of employees towards this technology all slow down its emergence. In short, there is the idea that the old technologies, the costs involved and the lack of experience slow down the implementation of connected objects.

Internal business processes are highlighted by 25% of respondents as a major obstacle to the adoption of technology, which tends to demonstrate the existence of a digital transformation problem. Not surprisingly, the attitude of management towards the implementation of the technology echoes this point: 24% of those questioned cite it as one of the obstacles to IoT. According to the directions, if it is necessary to transform the whole company.

What Conclusions Can We Draw?

IoT suffers from a mixed image which has its origins in consumer attitudes and a lack of information. “The problem with IoT is the race to the bottom,” said Howard Roberts, technical expert at HP. “More and more solutions are produced inexpensively and pay little attention to data security and confidentiality.

We must educate consumers about the dangers that exist and stick to recognized brands, which have renowned service and support behind them. ” Howard Roberts concern for security and privacy rightly points to the need for standards. In the meantime, the growth of IoT is undeniable, especially in sectors such as logistics and public services.

It’s not a futuristic concept, but a technology that can immediately improve product performance, provide predictive maintenance, make a service more efficient or even better understand a company’s customer needs. Thanks to information from connected objects, companies can understand the way they are used or have a better idea of ​​their environment. This information is key to improving operations. IoT has a great future.