What Is DARK FIBER? 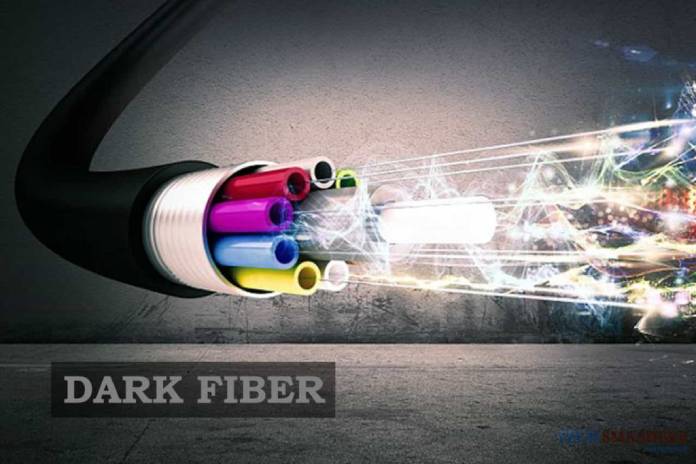 A dark fiber or unlit fiber is nothing but an unused optical fiber which is mostly used in fiber optic communication. At the end of 2017, it was discovered that multinational company from Europe had 1.5 million km of optical fiber deployed, however its objective is to exceed 2 million kilometers in the coming years and a similar part corresponds to the dark optical fiber.

What Is Dark Fiber Optics?

Dark optic fiber refers to the fiber optic circuits that have been deployed taking advantage of a work or any other reason, and yet, it is not currently in use . It is called dark fiber because it is not illuminated. According to the latest data, there are a total of 2,121,641 kilometers of dark fiber spread.

Given that each kilometer of cable can cost approximately € 300, we can deduce that there is currently a cost of 600 million euros in a fiber that is not illuminated. And, in this case, in addition to the cost of the cable, other expenses derived from various necessary factors such as the use of various materials or labor to build it should be added.

Dark Fiber: What Are Its Advantages?

The use of dark fiber has the following advantages :

For many kilometers the fiber is used only as a support network or as a secondary network in order to use it in the following cases:

Another case is that of the technology parks that usually exist in cities. In its construction it is wired with fiber optic because it is already planned that companies will have a large data flow, and thus avoid performing works and introducing new wiring when a new company is installed in the place.

Which Companies Use Dark Fiber Optics?

One of the connections that dark fiber could make use of is the 100 Mb base fusion rate .

In general, operators sometimes take advantage of introducing extra cables that, in principle, are not going to be used but in the future they will. It might be used due to a greater number of users or to meet a greater need for speed. Another of the possibilities for which these cables are left is because the network is subsequently resold to other operators, or it is done in order to offer private connections to certain companies or administrations, where appropriate, that intend to have a fluid network and Lightweight for your employees.

In fact, a few years ago, one multinational company was forced to allow other operators to access its Internet channels in order to extend its own cables because they had inherited a network of decades. In the event that the use of these ducts was not feasible, there were other types of alternatives to solve it, within which the use of dark optical fiber is framed.

Do you know nanotech? At the beginning of this millennium, nanotechnology, i.e. the know-how and production of technology on the scale of atoms and...
Read more

Amazon Sustainability Data Initiative ( ASDI ) is an AWS program that looks to speed up exploration and development through the cloud and colossal...
Read more

Might you want to persuade your clients to make the following stride and consent to cognizant invitations to take action? Call-to-activities are the key...
Read more
Load more