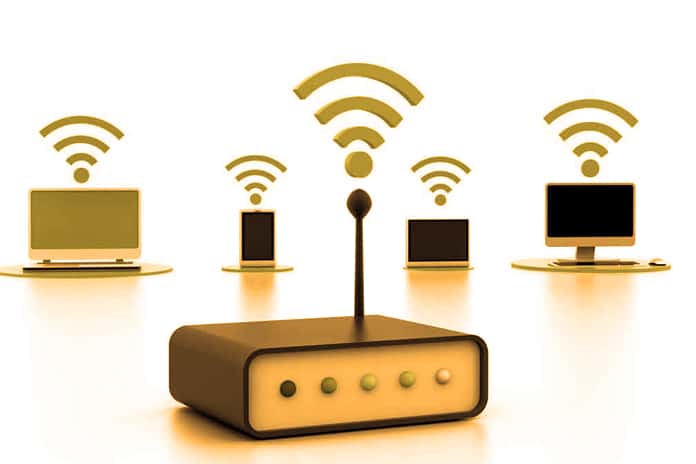 It is totally inadvisable to use the Wi-Fi network without changing the configuration that the router brings by default.

As Internet and wireless network users, none of us wants anyone to whom we have not given permission to use our wifi. And is that more users in our network mean less bandwidth available.

In addition, an intruder with advanced knowledge of computer systems could spy on our behaviour on the web and the data we transmit and more importantly, we could be legally responsible for the possible illegal actions that the intruder commits. However, do we do everything in our power to avoid intrusion?

With these simple steps, you can increase the security of your home Wi-Fi networks. So, go to the configuration panel of your router (for this enter “192.168.1.1” in the address bar of your browser, which is the address from which it is usually accessible) and, let’s go!

1. Change The Username And Password That The Default Router Brings

One of the first steps that we must carry out as soon as a Wi-Fi connection is released is to change the username and password that the default router brings. You cannot always change the user, but the password generally does.

Another basic configuration that must be carried out is the change of the name and password that has been assigned by default to the wireless network, and that in most routers appears on the back of the device.

As for the password, it is advised that you meet certain extension requirements and contain upper and lower case letters and special characters.

In the router configuration panel to which you have had access to writing this article, you can see that next to the fields that allow you to modify the name and password of the Wi-Fi network, you have the option of hiding the name of the same, so if the affirmative box is checked it will not be visible in the most basic searches of wireless networks.

Keep in mind that seeing the name of a network that is initially hidden is a simple task for someone with certain computer skills. However, it is recommended to hide it since in no case it reduces security and thus prevents potential intruders with less computer knowledge from sneaking into our wifi and those who better understand the operation of wireless networks put the first barrier to their bad intentions.

When configuring the router, you should also pay attention to the type of encryption on the network. It is recommended to use the WPA2 option, but in no case the WPA or WEP, since these are older versions and the WPA2 has stronger encryption that protects us with a higher level of security. Not surprisingly, WPA2 fixes the deficiencies and vulnerabilities found in WPA and this, in turn, was released as an enhancement over WEP.

Nowadays, practically all Wi-Fi routers have the option of establishing MAC filtering, which consists of specifying which specific devices are allowed access to our network. Therefore, even if the potential intruder manages to decrypt the password, in principle it will not be accessible if it is not on that list.

The MAC address uniquely identifies each network device. Therefore, one way to add security plus is to obtain the MAC address of each mobile, tablet or computer to which we allow you to access our network and then add that address in the corresponding field.

The WPS ( Wifi-Protected Setup ) is a standard designed to facilitate the user’s connection to the wireless network. And it is that it has happened to all of us that when we want to connect to the Wi-Fi network with a new device or give someone the password, we do not remember the password.

Therefore, it allows connection through a series of alternative mechanisms, but all of them represent a security risk.

One of the mechanisms is through the exchange of PINs; the device with which we want to connect sends a code to the router and once received it sends the data to access the network.

Therefore, if the WPS option is activated, the potential intruder has it easier to sneak onto the network. And it is not necessary to find out a password (which would ideally be made up of a long row of numbers, letters and special characters) but an 8-digit code that even various mobile applications can obtain in a matter of seconds.

Another mechanism is PBC ( Push Button Configuration ). This is the name given to that button that exists on the back of the router that when pressed, allows access to the network through any device.

The problem with this system is that during the seconds that this button is pressed, anyone who is within the coverage range of the network could gain access to it. In addition, various vulnerabilities have recently been discovered in some router models that affect this method.

In any case, we must not forget that absolute security does not exist since, for many security measures we take, there can always be a person with the knowledge, techniques and enough time to break down those walls. However, if someone is so interested in breaking into our Wi-Fi network, at least we are going to make it difficult for them.