Best VPNs For iPhone And iPad In 2020 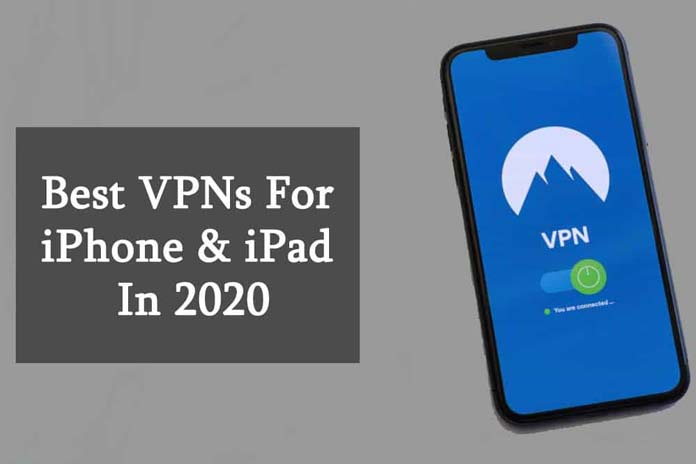 Do you want to install a VPN on your iPhone or iPad? Here are the best VPNs at the moment.

A “virtual private network”, VPN creates a secure connection between a device (iPad, iPhone, computer, etc.) and a server, thus making it possible to browse the web discreetly.

In particular, a VPN can mask the geographic location of a device, and many individuals use it to consult sites that would not otherwise be accessible in their country. For more information, we recommend that you consult our VPN buying guide.

Based in Panama, apart from the Fourteen Eyes alliance, NordVPN is a service that has more than 5,000 servers hosted in nearly 60 countries around the world.

NordVPN encrypts all of its data, making it one of the most secure VPNs in our selection. Also, if your connection with its servers becomes unstable a kill switch (automatic switch) allows you to disconnect from the internet so that your IP address is not detectable.

NordVPN has a very easy to use interface on iPad, iPhone, and if you have technical problems, customer service is available 24/7.

For its 8 years, NordVPN is promoting 70% on its 3-year package, if you subscribe to it, the service offers you a free additional subscription. For more information, see our article on this NordVPN anniversary discount.

Registered in the British Virgin Islands, ExpressVPN is another excellent encrypted VPN compatible with the iOS operating system.

It is super fast and very easy to use, like other companies, ExpressVPN declares that it does not keep any information about its users. It has more than 3,000 servers in 94 countries, it works with Netflix, Canal + as well as other online streaming platforms, etc.

Its customer service, accessible 24 hours a day, is very efficient, so don’t hesitate to call on it in case of problems.

PureVPN has more than 2,000 servers and more than 300,000 IP addresses, which means that you are spoiled for choice. Its user interface on the iPhone and iPad is not the most sophisticated but it is effective.

The internet user can choose to use a server in any available city or he can let the software choose which one to use according to his activity (watch an online competition…).

In addition, PureVPN can segment its tunnel, which makes it possible to use certain apps simultaneously with its local connection and others via the VPN.

You have a money-back guarantee after 31 days of trial.

Thanks to an encoding system worthy of the army, CyberGhost (based in Romania, outside the 14 Eyes alliance) has built a very good reputation. With it, your iPad and iPhone are safe!

Do you want to surf the internet without leaving a trace and without having to install a plug-in? Then this VPN will please you.

CyberGhost works great on all iOS devices and comes with its own adblocker.

If you are unsure, you can test its free version before subscribing. You can also check this CyberGhost review to find out more details.

Surfshark is a simple and intuitive VPN, whose application for iPad will appeal to neophytes. It gives you access to more than 1,000 servers spread across 61 countries, it works with Netflix and other streaming services.

It protects blocking ads, does not collect your activity and connection data, it also secures your banking transactions. It also includes a Kill Switch, it cuts your internet connection as soon as your VPN stops working, this way your data will not be exposed.

You will appreciate its double MultiHop functionality, a kind of double VPN which allows you to connect to several countries simultaneously.

Be aware that Surfshark is located outside of the Fourteen Eyes alliance, and has a strict policy of not keeping logs.

TunnelBear gives you free access to all of its servers, except those located in Australia. The interface of its application is extremely simple to navigate on the iPad and its connection speed is quite reasonable. It is used with Netflix and includes a Kill Switch.

TunnelBear has a free offer allowing the use of 500 MB of data/month. Beyond that, you must subscribe to a paid offer (around € 5 or around € 10 / month, depending on the subscription).