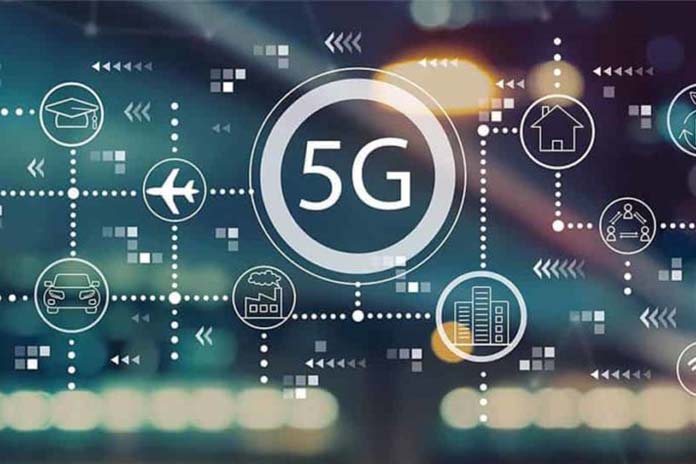 5G promises faster mobile data speeds than ever, but the concern that has been born among a part of the population about its possible health risks cannot be ignored. Here we deny all myths.

Many are afraid of 5G. It is nothing new. Each new technology arouses an opposite reaction. The steam train won against opponents who thought that the human body could not withstand a movement faster than 50 km per hour of horse riding. Many also protested against alternating current electricity.

What is True in all that?

It is known that there are certain dangers associated with radio waves, which is why certain limits have been established. In general, any minimum fraction of the signal that could have an effect is limited. And in addition, all devices, whether they are base stations or mobile phones, operate with electricity much lower than what those limits mark.

This has not been established because of a great concern about radiation, but because the less electricity a mobile uses, the longer its battery will last. There are exceptions: a reliable test recently showed that the iPhone 11 Pro used more than twice the allowed power. But even that shouldn’t worry us.

Much of the fear of 5G is the fact that humans are not very good at assessing risk. If you go on vacation, you are more likely to have a car accident going to the airport than a plane crash, and still we tend to be more afraid of flying.

That is because we have to minimize the dangers of something that is familiar to us and amplify them when it is not.

But with 5G , there seems to be much more concern than in any other new technology, so it is worth understanding better and its risks.

What Does Science Say About 5G?

There are more than 24,000 reports on the effects of radio waves. Skeptics will say: “Why are there so many if they are not dangerous?”, While those in favor will say: “All these reports and no irrefutable evidence.” You can almost always determine which side these reports are by simply reading the first paragraph. This article is an example of this.

But we don’t have this opinion while ignoring the facts. But we have it after hours of reading research and talking with experts, not only in the field of electromagnetic radiation, but also in biology and epidemiology.

What we have learned is that all this is very complicated. If we see it in general terms, you will see that there has been a decrease in the population of insects and a reduction in male fertility, something that corresponds over time with the increase in the use of mobile technology.

What needs to be done is to follow a representative group of people exposed to radio waves and another second group (with similar lives) not exposed, and then draw up a list of differences in the health of both groups.

This is called a cohort study and there are already some that are being developed today, although today it is impossible to find people who do not use mobile phones. This means that there is no control group and that significantly devalues the investigation. An observational epidemiological investigation of this type is a minefield full of unknowns. We may see how something happens, but it is impossible to determine why, or even often what.

Unfortunately, both sides of the debate choose the information that interests them to strengthen their arguments. Thus, while the 5G industry will say that all frequencies used are known, opposites will say that not all the necessary tests have been done in 5G at those frequencies. And both arguments are correct. The industry divides the radiation used by 5G into low band, middle band and high band. That is below 1 GHz, between 1 to 6 GHz and above 6 GHz (usually between 20 and 30 GHz).

Although these frequencies used for the coding of 5G (known as “New Radio”) have not been tested too much on people and animals, we do know a lot about their effects.

The low band is the one that has been used in mobile phones since the 1980s. And considering that there are more people who have a cell phone than people who have a toothbrush, if it were dangerous we would have already known by now.

The middle band is what we find in most signals in mobile networks from 3G onwards. These have also been used for decades and are the type of frequencies used by Wi-Fi. The 5G uses them at a much lower power.

The high band is also known as millimeter wave ( millimeter wave ) and is what the protests focus on. There is already a lot of experience in these high frequencies because they are the ones used in point-to-point communications that serve, for example, to link outdoor television connections to the set, to deliver the Internet in rural areas and in satellite communications

These situations often use dishes that pick up signals from one point to another, so that people’s exposure to these frequencies is minimal. We do not have the same epidemiological information as with the other frequencies. What we do know is that these frequencies have barely been implemented. All these stories about their effects on birds and insects have no correlation.

We also know that these signals are weak. They can barely pierce the crystals and cannot penetrate walls. They also have it difficult when they encounter the skin, and that is that water is a good insulator. Thus the link between millimeter waves and brain tumors is quite questionable.

If we look now at the case of asbestos or tobacco, we can see that there were indications to suspect that they were not safe. On the other hand, there is nothing that indicates that 5G is.

So if you have just installed a 5G antenna near your home, or you are considering buying a 5G mobile , with a little luck you will have understood the risks it has and that are not as bad as your opponents say.