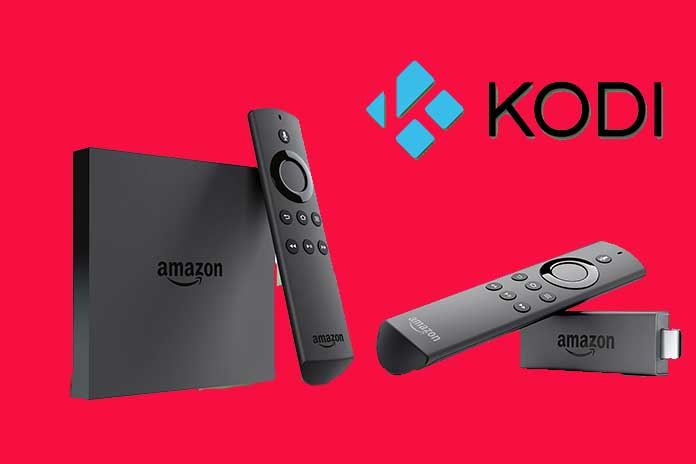 Amazon’s Fire TV series is a highly versatile streaming solution out of the box. In addition to internal Amazon services such as Prime Video or Audible, There are apps for practically all relevant streaming services, such as Netflix or the public media libraries for the Fire TV Stick and its relatives. However, what is missing is a simple and efficient way to play locally stored videos, music, or films.

Kodi provides the solution! The open-source media center works on desktop systems or the Raspberry Pi and the Fire TV family via a slight detour. Since the Amazon boxes are based on Android, we can transfer the Android version of Kodi to the stick. Once set up, you can use Kodi, for example, to play media that is stored on a NAS system. Since Kodi also works perfectly with the remote control of the Fire TV, the installation is almost mandatory.

Kodi on Fire TV: You Need This

The excellent news: Kodi runs on the majority of the Fire TV devices available from Amazon. Even older Fire TV sticks can playback videos and photos with the media center. However, it should be said that the older models in particular sometimes stumble with the reproduction of high-resolution material. On the other hand, Kodi runs almost perfectly on the current Amazon Fire TV 4K.

Regardless of this, it is helpful if the media is on a network share, for example, a NAS system. Unfortunately, Amazon has removed the microSD card slot on its Fire TV devices. Large videos should ideally be played back on the Fire TV via WiFi. Alternatively, you can connect external hard drives or USB sticks to the Fire TV using a suitable USB OTG adapter. However, this construction usually also requires an additional power supply and is comparatively cumbersome.

We are using the Android version of Kodi, as mentioned earlier. Unlike the Google Play Store, Kodi has unfortunately not yet made it into Amazon’s Fire TV App Store. But that doesn’t matter: By sideloading, it is easily possible to install Kodi manually. To do this, you must first take some precautions on the Fire TV:

First, allow apps to be installed from unknown sources. To do this, open the Fire TV settings and navigate to “My Fire TV”> “Developer Options”. Here you activate the option “Apps of unknown origin”. After installing Kodi, you can turn the option off again.

To download Kodi on the Fire TV, we use the handy app Downloader from amazon.com. Find this in the Amazon App Store and install it on your Fire TV.

Next, we’ll download the Kodi installation file. To do this, open the downloader app you just installed and enter the following address in the URL field :

Launch Kodi on the Fire TV

Since Kodi is not an official app from the Amazon App Store, the app icon does not initially appear on the start page. But that doesn’t matter! Open the row “Your Apps and Channels” and switch to the “Show all” area on the left. Here, find the icon of the Kodi app you just installed. Then press the Menu button on the Fire TV remote and click the “Front” link in the menu that appears. This will land the Kodi icon in the front of the installed apps so that you can quickly open the media center at any time.

Now, you’re ready to get started setting up Kodi on Fire TV. This works one-to-one, just like on a PC or any other Kodi platform. For example, we’ll show you the first steps with Kodi here. You can find even more tips + tricks about Kodi here.

In general, it is helpful to connect a Bluetooth keyboard to the Amazon Fire TV to configure Kodi. You do this in the system settings under “Game controllers and Bluetooth devices”> “Other Bluetooth devices.” Of course, the setup also works via the Fire TV remote control, but a keyboard is helpful when entering network paths.

Also Read: How To Install And Use Kodi Add-ons

NordVPN has been leading the way in Internet stealth software for years. VPN programs are becoming more common on computers and smartphones. With VPN,...
Read more
GADGETS

You would need to evaluate the overall performance of your computer but, being little versed in this kind of thing. You don't know how...
Read more
GADGETS