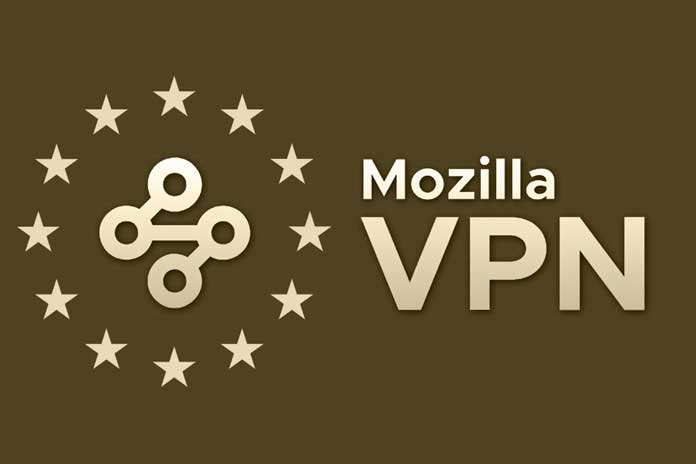 An anonymization service from the makers of the Firefox browser, which traditionally stands for privacy and user security – what could go wrong with that? In the practical test, however, Mozilla VPN raises a few questions. Mozilla’s Firefox and Thunderbird makers have been offering their VPN service since mid-2020. However, “own” is not entirely correct in this context because the Company uses the VPN infrastructure of the Swedish competitor Mullvad. Mozilla VPN shares some advantages and disadvantages with this. Our test of Mozilla VPN shows whether it is worth using the Mozilla offer instead of Mullvad.

The server network of Mozilla VPN (Download) is one of the smallest in the field of commercial providers. According to official information, users can log into over 400 servers in 32 countries. The apps only offer a selection of locations. Mozilla does not offer an exact server list at the test time. As with Mullvad, it is possible to route the VPN connection via two servers using the multi-hop function to make tracing even more difficult.

The numbers also show that Mozilla doesn’t use Mullvad’s entire server network. For example, access to servers in Albania is missing. Mozilla only lists over 400 servers, while Mullvad’s server list shows 838 servers during the test period. Mullvad operates a mix of rented and self-hosted servers and lists them transparently. When you visit his website with an activated Mozilla VPN connection, Mullvad reports an existing VPN connection to his service.

The privacy policy of Mozilla VPN is quite transparent but disappointing, especially in comparison with Mullvad: While you can use the VPN from Sweden completely without registration, Mozilla requires a Firefox account to register. In addition, the service receives the address data of its customers when paying according to the data protection agreement. Furthermore, Mozilla reserves the right to temporarily store and share things such as the IP address, campaign and recommendation data, the operating system, the device type, and the operating system with the advertising partner Adjust.

Only the IP address is excluded from the latter. In principle, such data protection regulations are not unusual for VPN services, but we would have expected more from the cooperation between Mozilla and Mullvad. On the other hand, the actual VPN use is entirely subject to Mullvad’s excellent data protection. The Swedes do not store log files and have an excellent reputation. All server connections run over the modern and secure Wireguard protocol with 256-bit AES encryption.

As expected, Mozilla VPN passed standard security tests like DNSLeaktest.com or the WebRTC leak test from browserleaktest.com, just like Mullvad. Especially in the context of the idea of ​​anonymization, this leaves Mozilla suboptimal for a VPN service to collect data that is quite excessive. This is especially true against the background that Mullvad himself refrains from such practices.

App delivery through Mozilla VPN is OK. Like Mullvad, these are available for Windows, macOS, Ubuntu-Linux, Android, and iOS. All apps are under the open source license. The source code can be viewed on the Mozilla and Mozilla Mobile Github pages. Unlike Mullvad, however, Linux users must take a few detours if they also want to use the client graphically. Distributions other than Ubuntu are not officially supported at this time.

Mozilla’s VPN apps have a minimalist design and allow a quick connection to a server after launch. Split tunneling, i.e., the exclusion of specific programs or apps from the VPN connection, is also limited to Windows, Linux, and Android, as is the case with Mullvad. For technical reasons, Apple fans are left in the dust as so often. In contrast to Mullvad, all apps in Mozilla. A system-wide advertising filter is also integrated into the apps. To do this, Mozilla uses a DNS filter that can be activated in advanced settings. In our tests, the function works reliably on desktop and mobile apps.

Less good: Although Mozilla offers a kill switch on all systems that reliably disconnects the Internet when the VPN connection is lost, this cannot be optionally deactivated. At the time of the test, Mozilla also did not offer the option known from Mullvad of disguising the VPN connection via bridge mode and thus using it in VPN-hostile environments (e.g., behind firewalls). A unique feature concerns the browser extension Multi-Account-Container for the in-house Firefox browser.

It allows you to simulate a different location for different browser tabs when the VPN connection is active. So at least within Firefox, a kind of split tunneling is possible. Mozilla does not provide extensions for other browsers. The apps from Mozilla VPN work stably. However, during our test period of several weeks, the VPN connection occasionally dropped because servers were unavailable. Here we were able to convince ourselves of the function of the kill switch, but that doesn’t leave a good feeling.

As with virtually all VPN services, the features of Mullvad are not the same on different platforms. The practical split tunneling, which excludes specific programs from VPN use, can only be set up directly via the app for Windows, Android, and Linux. At least for Mac users, Mullvad offers a solution for setting up split tunneling using the open-source tool Tunnelblick, but this is not convenient.

After our overall inferior streaming experience with Mullvad, it is not surprising that Mozilla VPN also largely fails when unblocking international content from streaming services. Some providers like Disney+ or Amazon Prime Video even refuse their service if we use them within India with a server connection. Netflix didn’t complain but showed the language offered in our various random samples. In a nutshell: Streaming fans should avoid Mozilla VPN and prefer to use NordVPN (test), which in our VPN provider comparison proves significantly better for streaming.

Streaming ugh, downloads hui: Fortunately, the high data rates of the Mullvad network also make it into the Mozilla subscription. Connections to German servers marginally reduced the upload and download rates of our 500 Mbit line. If we get the data via a server, the line is still efficiently utilized by at least 85 percent, depending on the time of day. Even connections to the east coast of the USA are no problem.

In our Mozilla VPN speed test, we still get an average of around 380 to 420 Mbit/s, which is decent. Another positive feature that Mozilla VPN inherited from the Swedes is Captcha requests rarely occur. Compared to popular VPN providers such as Cyberghost (test), NordVPN, or ExpressVPN (test), websites like Google or Instagram rarely have to prove that we are not evil spam bots but real people.

In the context of the Mullvad offering, it’s hard to recommend Mozilla VPN . On the one hand, thanks to the proven Mullvad network and modern Wireguard technology, the offer is acceptable from a technical point of view. But the question keeps coming up: why not use Mullvad right away? Compared to Mozilla VPN, the “Original” offers lower monthly prices without a long-term subscription, anonymous registration without data collection, and more special app functions.

Fans of international streaming services are out of place with both providers and are better off with NordVPN (Deal) *, for example. The best thing for Mozilla is that Firefox fans can get an anonymization service from a single source and support the Mozilla project. Whether this is ultimately sufficient as a reason for subscribing is a matter of discretion. Especially with shorter contracts, Mullvad is ahead in terms of price alone.

Is Snapchat not working? It is a typical inquiry from the clients of this application, who can't help thinking about why such issues exist....
Read more
ANDROID

Why Choose Android As Your Operating System

Why choose Android as your operating system? This is an inquiry that numerous clients might pose to themselves while picking their new gadgets. It...
Read more
SOFTWARE

Among the best programs for making a screen recording is ShareX, open-source software for Windows that allows you to apply video changes.Recording the screen...
Read more