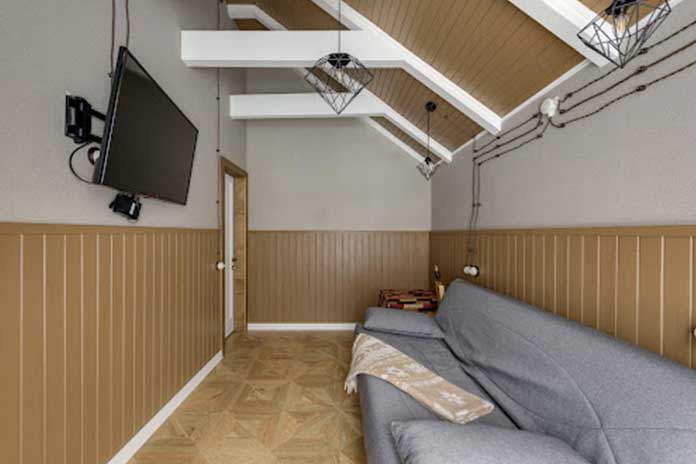 Summer holds the promise of fun in the sun, new adventures, and new memories made. Inevitably though, mother nature will decide to literally rain on your parade. When stuck inside your recreational vehicle with kids, a logical suggestion would be to gather around and have a family movie night.

If the campground doesn’t have Wi-Fi, turning to a portable satellite antenna may be a great way to entertain the family during the inevitable rainy summer day. Satellite TV is a fantastic choice at home, but it shines even brighter on the road.

Satellite TV signals are broadcast from space, so they may be viewed by anyone with a clear view of the southern sky—no cables or other clumsy equipment required. This makes satellite TV an excellent alternative for situations when you don’t have access to a regular cable outlet, such as tailgating, camping, or RVing.

What are portable satellite antennas?

The speed and convenience with which portable satellite equipment may be constructed or dismantled is arguably the most critical aspect. For instance, although some people are content to spend a few hours at home preparing a meal, this isn’t an option if you want to get the most out of a holiday or other weekend break. The procedure can be made considerably faster thanks to several unique qualities of portable equipment.

Look for portable satellite equipment with indicators that show when the dish is at the correct level. Alignment with satellites is difficult, if not impossible, with an off-kilter dish. To alleviate this difficulty, some dishes feature electronic readings, but you may also acquire ones with built-in spirit levels.

You’ll also need to adjust the dish’s elevation, which is frequently referred to as the angle. This is due to the fact that you will be in a different place than the satellite. Some technologies, especially if you have a mechanized model, can automate this operation. Click here for more information on satellite and satellite antenna placement. Other systems will require you to check a chart to determine the proper height for your area.

Think about how you’ll put the dish on a vehicle. Attaching a pole to the side of your car to hold the dish in position and at a sufficient elevation is one method of setup. Others utilize suction pads to keep it firmly in place on the car.

Also Read: Kodi On The Fire TV Stick – Here Is How To Do It

How does satellite TV work?

Broadcast stations send radio waves to the local region using a strong antenna. With a much smaller antenna, viewers may pick up the broadcast. Broadcast television’s main disadvantage is its restricted range. Broadcast television can only go so far. The radio signals needed to transmit television are sent out in a straight line from the broadcast antenna. To receive these signals, you must be in a direct line of sight with the antenna. Small obstructions, such as trees or small structures, are unaffected; but, a large obstacle, such as the Earth, would reflect these radio waves.

C Band, Ku Band, and Ka Band (Ka band – Wikipedia) signals are the most common. The frequency of a signal is described in general terms by its band. These signals are received by a satellite dish after traveling over 20,000 kilometers.

Will a portable satellite antenna work with all satellite subscription services?

Check with your satellite provider to see whether portable dishes are compatible. Some companies, for example, require that the dish be linked to a phone line for a particular amount of time after signing up for a service. If this is the case, consider the legal and practical ramifications of violating this obligation. If you’re crossing foreign borders, be sure your premium channel subscription is still active.

You should also evaluate what kind of reception portable satellite equipment has in the regions you want to travel. Because satellite channels transmit at various frequencies, you may not be able to access all of your favorite programs in some places. If you want to watch your home country’s programming while traveling, keep this in mind, as big networks are frequently the most difficult to get outside of their original broadcast region.