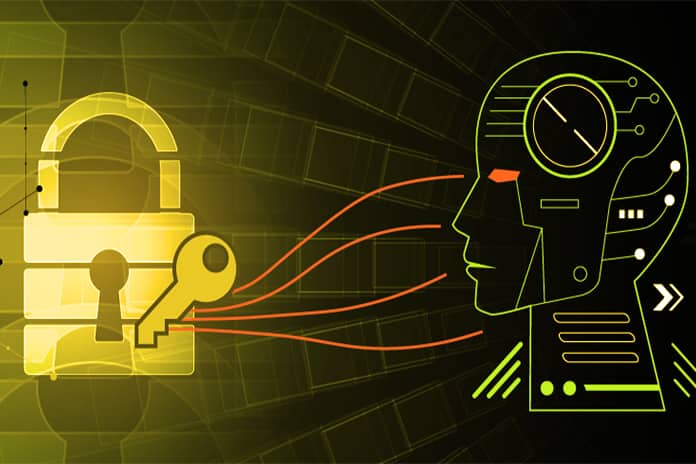 Before examining the change in information security thanks to artificial intelligence systems, it is good to know some data. We are used to connecting artificial intelligence to computer programs such as voice assistants present in computers and mobile devices such as Cortana or Siri, and industry 4.0, linked to technologies that support humans in carrying out operations, comes to mind.

In reality, the evolution of the sector turns to the protection of computers and data. Malware and viruses can indeed be blocked by artificial intelligence declined in various forms. The defense is one of the experts’ new proposals’ main objectives, but clearly, there is a risk that hackers could use the same systems for their attacks. Don’t be afraid because hackers and their attempts act as a stimulus and example for increasing the efficiency of new IT security products.

Internet criminals have access to the dark web, a series of websites on which malware and viruses can be purchased. In particular, these are AlphaBay and Hansa. These two portals have recently been closed due to bankruptcy. Still, there are other pages ready to offer the same service, and above all, this news does not stop hackers intending to damage other people’s networks or illegally take possession of sensitive data.

To deal with the danger, it is necessary to update your antivirus system constantly, but this does not guarantee 100% against the risks of attack and intrusion into your computer system. In any case, a security patch is installed on your device.

However, among the dangerous programs, there is also ransomware, which seems to be widespread. Much feared for the future are Denial of Service attacks. This justifies the frantic work of antivirus manufacturers, which in the last year have faced phishing campaigns for 36% of cases, attacks on IT infrastructures for 33%, for 15% offensive actions related to the Internet of Things, for 14% ransomware, and 1% attacks came through botnets.

These are the main threats, but while the cyber situation reports are published, the cybercriminals are ready to break into the computers of others with new techniques. This is why the last frontier of cybersecurity consists of artificial intelligence.

In cybersecurity, machine learning, deep learning, and artificial intelligence are certainly not new terms. Indeed they have become commonplace. For many years, the engines of heuristic analysis and recognition of the systems’ patterns of action have been working with these technologies to increase protection and provide an innovative defense capable of adapting to the many threats that animate the world of the web and the IT world in general.

In this context, there is an example of an effective system active in protection. This is a next-generation help called Watson for Security and made by IBM. The tool allows human analysts to have a platform to work on while keeping various threats away.

In reality, the product does not monitor the systems and the network but can be activated by the user for specific events among those predefined. The program carries out an in-depth analysis of all available data, providing the user with a complete report on the activities and what happened within the analyzed system.

In this case, you have all the information, but it is up to the person to draw the conclusions and decide the actions. It’s not the only cybersecurity article to take advantage of artificial intelligence, but it’s different than other programs like Darktrace, which still use AI. In this case, the traffic from which the expected flows are learned is analyzed. Artificial intelligence comes into play to find anomalies within all the data collected and examined.

It proves to be an excellent ally when software downloaded from the internet is automatically installed, and these come into operation by performing suspicious operations. Very useful in the field of data protection of companies, subject to industrial espionage attacks.

Artificial intelligence, in IT security, is concerned with identifying threats and investigating activities within the network and works through prevention, avoiding unauthorized intrusions by protecting sensitive data contained in devices.

The AI ​​acts by memorizing users’ behavior on the web, the way they type passwords, and the information exchanged to have a picture of the situation and implement the necessary measures to guarantee security. The software can verify whether whoever is visiting a website is a person or a robot and then examines how the mouse buttons are clicked, the speed of movement, the duration of the clicks, and how much it allows to monitor the visitor’s web pages.

In this way, information programs aimed at fraudulent use can be avoided. Furthermore, thanks to this working method, visitors and users of sites and databases can be recognized not by the passwords entered but by their behavior. Their movements are studied to create profiles and identify the person who is operating.

Here Are The Definitions Of Technologies

Before proceeding with the analysis of the features artificial intelligence makes available to IT security, it is good to remember the most important definitions to understand the various elements and their role. Intelligent software applied to cybersecurity makes it possible to understand the threat landscape, perceive and analyze the dangers, and decide the actions to be taken to protect and eradicate viruses and malware of various kinds. What are the buzzwords to know? Here they are:

Artificial intelligence is used in many contexts, but in the context of the Internet, giants, Google in the lead, are interested in controlling the network and the processes that take place within it as much as possible. This allows an improvement in the machines’ performance and an increase in the offer to users, but the security aspect should not be neglected because the web’s growth inevitably leads to illicit attempts to take possession of information.

Data collection is essential to control the virtual and real-world and therefore offer people products and services more tailored to the needs of potential customers. Still, this activity lends itself to various uses, and for this, the reason the web is increasingly attractive to malicious people.

The application of artificial intelligence is undoubtedly about the collection and processing of images, words, and behaviors. For this reason, deep learning is needed, which allows us to arrive at predictive scenarios. The focus is on behavioral analysis, relating a specific state with information on possible threats to IT security.

Considering the technologies related to artificial intelligence and its subsets, we can say that we have the advanced tools necessary to deal with Big Data from the various objects connected to the network. It should be emphasized that most of the data is expected, while the dangers lurk in a small amount of information, but for this reason, every single pass of data must be analyzed to find cyber threats.

If you used a metaphor, you could say that tracking down a potential cyber hazard is like finding a needle in a haystack; however, with AI, you are guaranteed to explore all data systematically. Further assurance comes from the use of DeepInstict algorithms and neural networks because they instinctively protect valuable information.

Artificial intelligence manages to act using a human and animal peculiarity: instinct. It can do this thanks to appropriate programming with decision-making algorithms.

From Perceptions to Decisions

The natural and virtual world’s rapid evolution calls into question essential elements such as identity, relationships, and values. In this context, man has the task of making choices, most of which touch the security sphere. We must ask ourselves if we get more confidence in taking a specific action or not but if it is worth it. The complexity of decisions derives from the fact that man often lets himself be guided or, in any case, responds to his feelings, without therefore being entirely objective. In particular, there are four cognitive problems related to the decision-making process :

Artificial intelligence in the field of computer security can examine 100% of data, identify threats, whatever they are, and take actions to eradicate them and protect or restore the system. This is done through specially prepared algorithms and integrating various tools, using artificial intelligence, machine learning, and deep learning.

However, one difficulty remains the choice of the most suitable technology. People don’t have enough experience to opt for one model or another, so you have to rely on the experts. It is easier when feelings and reality match. In these cases, man makes better choices in terms of security, thus managing to protect the systems, the data contained, and the information exchanged from the various attacks that can be suffered.