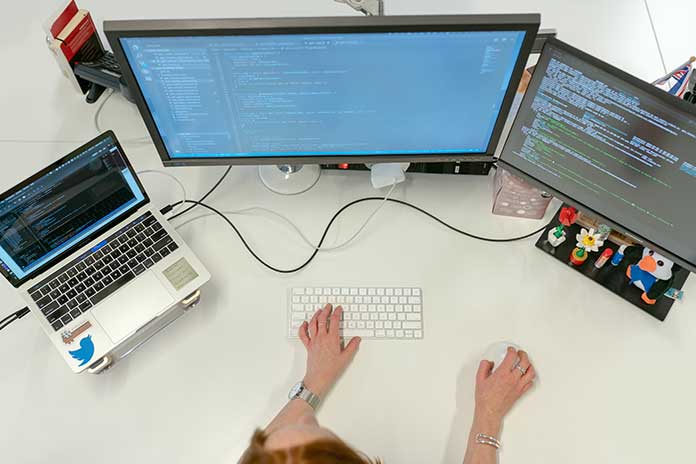 The most common scams used today start with emails or phone calls. Someone claiming to be from a well-known tech company will reach out to you and let you know that several dangerous viruses have infected your computer. They will also threaten to wipe out all your data, destroy your OS, or do something equally apocalyptical.

Alternatively, a website might pop up as you browse, informing you that your computer has been infected. The email, call, or website may inform you that your computer will be disabled to stop the infection from spreading further. Although it’s just a site, you won’t be able to close it like a normal browser window. Moreover, the message displayed will encourage you to call the ‘support’ number that appears on your screen.

The most common tech support scams involve indicating a fake support number or directing users to Windows Event Viewer. You might be asked to install desktop-sharing tools, which will be specified later. The attacker will use these tools to infiltrate your computer with malware. The fake support will explain how to access the system monitor, Windows Event Viewer logs, any available services, or another tool that you’re hearing about for the first time.

In addition, they might compare the system monitor ups and downs to the ECG of someone having a heart attack. Log file errors will be presented as evidence that viruses have compromised the OS. Any features that are not operating will be described as infected or inactive because of the threat of infection. Even standard operating system features will be used to convince you of these pressing issues.

Furthermore, many other technical tools built into the OS can be exploited by a scammer to convince a user that their system is infected. The scammer will ask you to download TeamViewer, which will give them access to your computer. Common scams also involve downloading desktop sharing software such as GoToAssist. Once you allow remote access, it’s very difficult to stop the scammers.

Pop-ups can be so annoying that, eventually, you may be ready to do whatever it takes to get rid of them. What’s more, they might claim to come from Norton or another legitimate source.

Cold calls are the most common means of achieving the ‘reputable company tech support’ scenario scam. The cybercriminal might ask for a small payment to fix the ‘issue,’ usually by credit card, cryptocurrency, or another untraceable payment method. This way, they will attempt to steal your financial information.

Scammers often use strategies such as paid search, advertising, or displaying confusing search results to advertise support services. Hang up immediately if someone claiming to represent Apple, Microsoft, or another tech corporation calls you. If you get a suspicious email claiming to represent these companies, you should delete it at once. Such companies do not contact users by phone or email to resolve their computer problems. They never list phone numbers or post warning or error messages, either. In typical interactions with these companies, it’s always the user who initiates communication. If you need help with anything, you should go to the company’s official website and get help by following their instructions. If possible, you should inform them of the attempted scam.

Finally, it is important to make sure that you only download reputable software from the Microsoft store or another official vendor website. While you might be able to find it for a cheaper price at a third-party site, it might have been altered to support threats such as scam malware.

Also Read: How To Defend Yourself From Online Scams