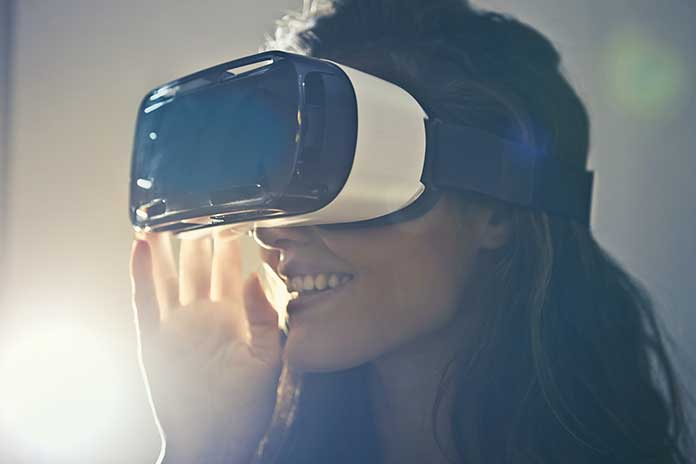 Would you like to know what augmented Reality is and what distinguishes it from virtual Reality? We’ll explain it to you.

Augmented Reality is often mentioned in connection with Virtual Reality. But it’s a different technology. The real world is thus supplemented with virtual things.

To do this, you need aids such as your smartphone, tablet or special glasses. With certain apps, you can even experience augmented Reality for free. You can find out precisely what augmented Reality is in this article.

Augmented Reality (AR for short) means something like “augmented reality”. In contrast to Virtual Reality, you are not shown an utterly virtual reality here. Instead, your natural environment is digitally expanded to include virtual objects. For this, you need, for example, augmented reality glasses such as Google Glass. You can also experience AR using your smartphone or tablet.

Depending on which you look through the glasses or at the live image captured by your smart device’s camera. In the picture of Reality, additional information is displayed as virtual elements, for example, navigation instructions or details on actual buildings or people.

If a device or app first records your surroundings and then shows it to you again – expanded with information – this is also known as mixed Reality. This is the case, for example, when a soccer game is analyzed and names, lines and arrows are displayed in the current video.

AR is useful, for example, in industry or logistics. A maintenance technician can see on her tablet where a problem occurs on a machine and what exactly is broken. A warehouse worker is guided through the shelves to the product he needs using AR. But there are also many apps with which every smartphone user can experience Augmented Reality.

With the live view function of Google Maps, for example, navigation instructions are displayed. Find out how Google Live View works here. With hiking apps like Outdooractive, you can capture a skyline or mountain range with your camera and then see information about it, such as the names of individual mountains. The Pokémon Go app also works with AR: Here, you see the Pokémon creatures in their natural environment and catch them.

The estimate is an essential written document for professionals who sell and offer services. It is a business tool that can act as a...
Read more
BUSINESS