Tableau Software, What It Is, And How It Enables Data Visualization 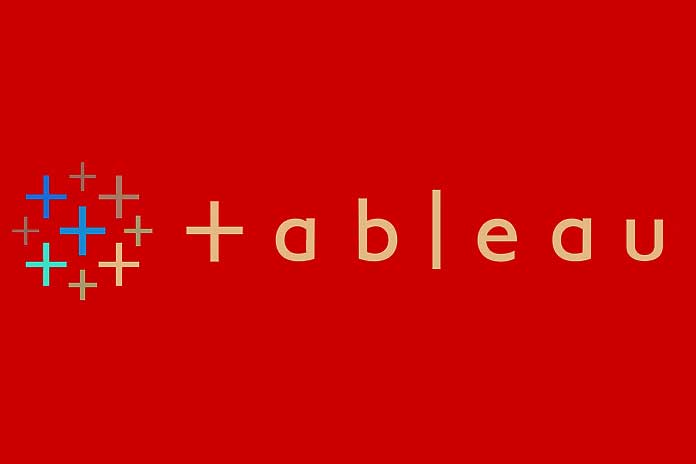 The digital revolution has brought about the exponential growth of the Data we are called to interact with daily. Suppose Data is an essential resource for companies. In that case, there is also the problem of analyzing and handily understanding them to make better decisions and extract the most excellent possible information value in descriptive and predictive analyses. Fortunately, today, besides being inundated with data, we have solutions such as Tableau, which facilitate us in this mission thanks to the extraordinary potential of modern concept data visualization.

What Is Tableau: The Mission To Make Data Simple, Practical, And Fun To Use

According to the definition on the official website: “Tableau is a visual analytics platform […] that helps people and organizations make better use of data”. Tableau’s mission is to help people observe and understand the Data they interface with in the best possible way, thanks to a genuinely user-friendly software platform for data visualization. The characteristics that have made Tableau one of the most popular software in the field of visual analysis converge in the creation of a data culture, which can integrate the attitudinal and organizational values ​​of the people who use the data to the technological aspects to make more decision-making processes quick and efficient.

A data-driven culture above all values ​​what we could define as the strategic use of data. At this juncture, technology becomes the absolute protagonist to translate good intentions into something concrete, since in the era of Big Data, it would be unthinkable to manage large numbers of data without the support of latest generation software, such as the tools that make up Tableau’s data analytics platform.

The Story Of Tableau: From Business Intelligence To Business Analytics

Typically, we could define Tableau as software based on self-service business intelligence. To understand the nature and spirit that still distinguishes this software, we must take a step back and get to know the brilliant minds that conceived it. ” The Tableau development team concentrated their efforts on making computer graphics functional to understand data faster and, above all, much more intuitive than what was already done.

Tableau was therefore born from the idea of ​​creating a union between two computer disciplines that had never previously interacted with each other in such a strictly connected and aware of their potential: computer graphics and data science, in particular as regards databases. Over the years, Tableau has refined its technologies and integrated new features. Initially focused on business intelligence, its qualities aimed in descriptive analysis, at effectively visualizing data to allow better decision support, proved to be strategic also in terms of predictive analyzes, typical of the most modern business analytics.

In this sense, Tableau, as we will see, has been able to develop a nature strongly oriented to the interoperability of data, which allows it to connect with many data sources and integrate with a large variety of partner solutions in the field of Big Data Analytics. In 2021, Tableau was acquired by Salesforce, a well-known company in the field of cloud CRM software, whose additional resources have allowed the company still headed by Christian Chabot to boost its growth projects, further orienting its efforts in the direction of business enterprise.

Tableau CRM was also born from the synergy between the two brands, a tool integrated into Salesforce CRM that allows you to take advantage of business analytics tools based on artificial intelligence to make operations on data extracted from databases faster and more precise to generate predictive analytics.

Data Visualization In Tableau: How To Make The Complexity Of Data Science Simple And Within Everyone’s Reach

This happens thanks to the ability to offer a simultaneous synthesis of information through a single representation. Based on this concept, dashboards were developed, which are capable of unifying the vision of various data sources on a single panel. What clearly and unequivocally distinguishes Tableau from what preceded it is the design. Instead of focusing on the data, it focuses on the user’s needs to use it.

Tableau has made the dashboard an interactive tool that is easy to create, pleasant to see, and immediate in understanding the data represented. Despite traditional data visualization software, Tableau was born to solve an interaction problem between data and the end-user. It was designed accordingly, resulting from the first version being highly modern in its configuration.

The Self-Service Logic Of Interactions With Data

Tableau can automate practically all the steps related to the database query, allowing you to view the results more often with a simple click. The connection of the data sources is managed in a completely automatic way, reducing both the complexity of the operation and the risk of errors, which is very frequent when this type of operation is carried out manually.

Drag And Drop Management Of The Elements To Be Displayed

The “drag and drop” interface saw its diffusion on computer graphics software, to later become more and more widespread on applications used in fields, as in the case of Tableau. The drag and drop logic of the aimed elements results from a design at carrying out any operation through as few steps as possible through a graphical interface that avoids having to write or program interactions at the code level.

The Constant Application Of The Principles Of Visual Understanding

The dashboards created by Tableau are based on the perceptual and cognitive factors inherent in visual analysis. The immediacy of Tableau’s creations results from intense research on the color palettes and the representation of shapes. The correct picture of the Data is, in fact, an essential condition for viewing and immediately recognizing the most relevant information for decision-making purposes, especially as regards the immediacy of the relationships between the various sources described.

The Technologies Of Tableau

The technological engine of Tableau, as we have mentioned by introducing the historical evolution of its formation, arises from the native union between the database and the computer graphics, which sees. As a result, a software user interface in which the drag and drop of the elements is translated in real-time into a database query, producing a visualization graph. Much easier done than said. Based on this workflow, proprietary VizQL technology was developed, allowing Tableau to analyze data and create data visualizations of any complexity without worrying about programming anything programmatically.

Wanting to compare with other database-related technologies, VizQL is for visual analysis what SQL was for textual analysis. The software technology sector has been enriched with new features, such as the in-engine engine that directly uses the L1 cache of the processors to manage vast amounts of data in a short time, even on standard personal computers. In the Tableau technology park, we also find the Live Query Engine, a technology that allows you to send queries to databases, warehouses, cloud data sources, and Hadoop natively, also in this case without having to program a single line of code.

This is not a small achievement, considering that these operations, without the facilitation of technologies such as Live Query Engine, would be completely impossible to manage without particular technical skills on data sources. Tableau automates and solves this complexity to ensure that the user can only worry about how to view the Data they care about to tell their stories.