What Is VPN? Comparison Of The Best VPN Providers Services, Prices, Special Features 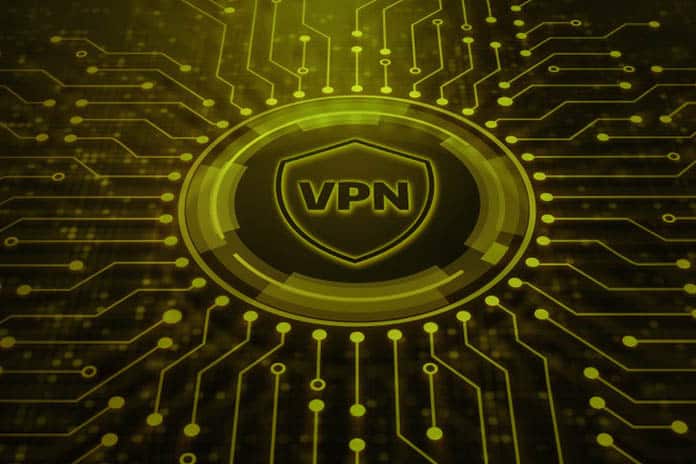 A VPN connection is also the best way to surf anonymously, send data encrypted over the Internet or to bypass locks such as geoblocking in 2020. We present a selection of the best VPN providers. Users also search for many VPN’s like protonvpn, NordVPN, PureVPN, proton VPN, Surf Shark, Thunder VPN, OpenVPN, Ufo VPN, Super VPN, ExpressVPN, Urban VPN, Secure VPN etc. But in this article, we are going to explain the detailed view of the best VPN services

The feeling that your own data is no longer as private as you want it to be and that somehow something is always read or tracked has become almost normal in everyday online life. Content is casually hidden, censored or delivered tailored to your own preferences as if we did not notice it.

In order to regain at least a bit of internet autonomy and adequate data protection, we are introducing some Virtual Private Network providers that can be used to disguise and encrypt online activities in 2020.

What Is VPN And What Do I Need It For?

In this way, the IP address that can be used to identify each end device or user on the Internet (and also in local networks) is replaced by the IP of the VPN server. The request from a Virtual Private Network client is brought to the actual destination through a tunnel, i.e. a website, another network or a specific service.

Also Read: Best VPNs For iPhone And iPad In 2020

The only conclusions that a Virtual Private Network connection allows refer to the number, frequency and size of the data packets sent. Under certain circumstances, these parameters can be used to draw conclusions about the type of data.

In addition, a Virtual Private Network can also be used to bypass geo-blocking. Geoblocking is a technique used to regionally block content on the Internet. This mainly affects media content such as films and music. Although EU-wide streaming has now been decided by EU regulation, there will still be numerous countries in 2020 from which you will not have access to Netflix, Spotify, Sky or iTunes content.

If you use a Virtual Private Network service to call up a streaming page, you can simply pretend to the provider who has blocked the service in the respective host country by IP that you are not in Hungary (content blocked), for example, but in India (Content released). So as a subscriber to payment services you can also access content in those countries

Another area of ​​application for Virtual Private Networks is in companies, authorities or universities that want to give their employees or students access to an internal network from outside via the Internet. So you can access corporate applications from the home office or from a public WLAN to the intranet of your own university. 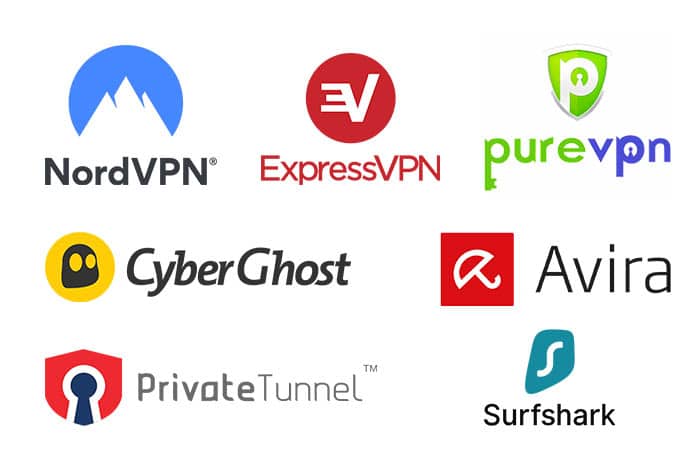 One of the best-known Virtual Private Network services is NordVPN. Up to six devices can use NordVPN to surf the Internet encrypted, securely and with a hidden IP address. Several thousand servers are available to choose from worldwide and thus also enable the streaming of videos that are not available at the current location.

There is no throttling of the speed after the consumption of a certain data volume. NordVPN also hides annoying advertisements and wants to protect users from hackers and malware. The price depends on the duration of the subscription – the longer you commit, the less you pay the equivalent of a month. There are also regular special offers and discount campaigns.

The provider PureVPN also regularly attracts with special offers, so that you can subscribe to the service for little money. The network offers speeds of up to 1 Gbit / s – this means that videos from streaming services such as Netflix, Amazon Prime or Hulu can be viewed smoothly without sacrificing quality.

Your own IP address is obscured by one of the more than 2000 Virtual Private Network servers located in more than 140 countries. There is an encrypted tunnel between the used PureVPN server and your own computer or mobile device for a secure connection. If problems arise, the service provides live chat support around the clock.

Also, Surf Shark hides its own IP address against data sniffers and thus bypasses the geoblocking videos. Surfshark does not want to save user surfing data and also block advertising, malware, phishing and trackers.

Apart from the test access, Surfshark is only available for a fee, optionally as a 1-, 12- or 24-month subscription. Those who are not satisfied with the service for the first 30 days can claim the manufacturer’s money-back guarantee.

At CyberGhost VPN you get unlimited data volume with a 30-day money-back guarantee – so you can test the service comfortably and extensively at first.

In addition to the payment option, there is also a free version of CyberGhost, but this does not offer a server selection, only provides limited bandwidth and includes a queue for the connection.

If you choose the paid version, you get 256-bit AES encryption, automatic protection when changing the network and an integrated adblocker. In addition, you can freely choose one of the servers from over 60 countries and use the service on up to 7 devices simultaneously.

CyberGhost Virtual Private Network is available for Windows, Mac and Linux as well as an app for Android and iOS.

Avira Phantom VPN is available as a free and pro version. As the name suggests, the free version is free. The Pro version is released for use on multiple devices at the same time and can be tested free of charge for one month, after which it can be cancelled monthly.

In addition, no-log files should be created at Avira, so movements on the Internet are not recorded.

The VPN tool Private Tunnel originated from the open-source project OpenVPN and can be used free of charge for seven days. Switching to the payment option will therefore quickly become unavoidable.

This costs around 5 euros (the US $ 6) per month or around 30 euros per year for use on up to three devices. The subscription is flexible and can be expanded at any time if necessary so that more than three devices can use the service.

If you need a Virtual Private Network solution for the private sector, for example, to be able to access the private home network while on the move, you can use the completely free OpenVPN for this purpose. Private tunnels are available for PC, Mac and Linux as well as for iOS and Android mobile devices.

The Virtual Private Network software ExpressVPN is only available for cash, so there are no disappointments about a small data volume or a limited bandwidth. For the money, you get the software for PC, Mac and Linux as well as the appropriate apps for Android and iOS.

There is also a version of the tool for installation on the home router and as an extension for the browsers from Google and Mozilla. ExpressVPN also offers 256-bit encryption, unlimited bandwidth and data volume, and 30-day money-back guarantees.

The Virtual Private Network servers are located in 94 countries and offer unlimited server changes. In addition, the manufacturer promises not to create connection protocols and 24-hour customer support via live chat.

Other Ways To Use VPN

This list is then used to determine a random route via the Tor servers, which each extends over three servers. The connection route is also changed every ten minutes, which should ensure the greatest possible anonymity and security. A “disadvantage” of the connection via Tor is that cookies, Java and Javascript are deactivated by default.

The surfing experience is a bit bland in comparison since dynamic content is not visible. In addition, the Tor network is noticeably slower on the Internet.

Another option for a Virtual Private Network connection to the Internet is the Opera browser. Opera has a Virtual Private Network as standard, which can be switched on or off if desired. You only have the choice between a few server location regions, but that is completely sufficient if you only want to bypass geoblocking and use your regular Netflix subscription in other EU countries.

In addition, the Opera Virtual Private Network is free and there is no limit to the amount of data used. There was also no loss of speed in the test.

No Virtual Private Network provider can give a 100% guarantee of anonymity and data protection. With the right know-how and the associated technology, at least conclusions can be drawn about transmitted data and – under very unfavourable circumstances – the identity of the user.