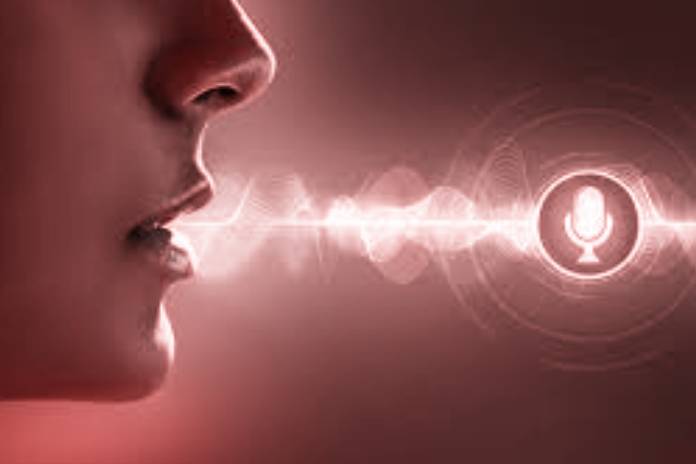 Never before in history has a technology had such penetration capacity and such speed of adoption by users as voice technology. Voice has become Deepstream mainstream, that is, the sum of technologies (such as Natural Language Processing, Automatic Speech Recognition, Text To Speech …), Artificial Intelligence and Machine Learning, which has led virtual assistants, personal assistants and conversational interfaces are an unstoppable reality.

For the first time, companies have the opportunity to strategically think about how they want to build relationships in this new voice and audio environment. A while ago, at the beginning of the Mobile Era, companies and their different providers created tactical applications for everything, without thinking strategically about globality, that is, why and why.

Today in the Age of Voice, we have the opportunity to draw the ideal scenario, to rethink a new relationship framework, to create a direct, relevant, significant and lasting relationship with the community (employees, customers, consumers, suppliers, partners …) through technology, but, above all, through the voice, through conversations and through emotions. Voice Technology allows us to develop a relational framework between brands and people through voice.

Many companies have seen the need to “do things invoice” but only stopping to think about “what to do”, but not for what, why and how to do it. This is also due to the lack of colleagues who advise deeply on this trip and who bet on strategy versus tactics. Perhaps, what they have not investigated in depth is the change in behaviour that is occurring in people when it comes to relating to technology, content and experiences through voice and audio. When technology causes a change in behaviour, we cannot go against it, but we must lead it and go hand in hand with the users.

The music industry serves as an example; When Napster was born in 1998, the major record companies began to persecute their customers calling them “pirates”, while a technology company like Apple led the change in user behaviour and launched, in 2001, iTunes, a service that revolutionized the way in which music was consumed and that anticipated the decline in the consumption of physical copies. There, it was the first time that music stopped being a product and became a service.

Added to this change in behaviour is the great bet that companies such as Amazon (with its virtual assistant Alexa and personal assistants Echo and company), Google (with its Google Assistant and its use in Google Home, Android devices) are carrying out, Samsung (with Bixby), Microsoft, Facebook, Apple … A new interface, the voice, makes its way not only in our homes, but also in our mobiles and, very soon, in our cars, in our refrigerators … , until we reach the 7,500 million devices with virtual assistants in 2021, as predicted by the consultancy OVUM.

The voice revolution is driving companies to evolve their digital ecosystems to try to add value to consumers who are already naturally seeking to use voice in their digital interactions. Thus, the voice is experiencing a wide range of applications in different industries, demonstrating that it is not only a novel technology for a vertical or limited use case but a ubiquitous technology, which has a full impact on the foundations of the relationship between brands, companies and people.

The die is cast, the board is on the table and the game has just begun … Organizations that want to remain relevant must adopt voice technology as part of their presence, their digital strategy and the omnichannel relationship with their different audiences, both internal and external to the organization.

According to Canalys(April 2019), the smart speaker bases installed worldwide will exceed 200 million units at the end of 2019, an interannual increase of 82.4% compared to 2018. One of the most interesting conclusions of the study is that in only In a couple of years, smart speakers could become a more popular device than tablets. According to the consultancy, the installation of smart speaker bases could be around 400 million by 2021, which would put it slightly above the projected estimates for tablets worldwide.

The term ‘installation base’ only counts the number of smart speakers that are being used by consumers, not the total number of units sold. These data are a clear sign that voice technology represents a very important behavioural change in the technological habits of users.

According to eMarketer, voice technology has moved from the initial adoption phase to being the dominant trend. According to an eMarketer study, an estimated 111.8 million people in the United States will use a voice assistant at least once a month this year, a 9.5% increase from 102 million in 2018.

How To Plan A Sound Strategy In Voice And Audio Technology?

In this context, the key is to identify and prioritize possible solutions, understand the context and implement products and services that add value to the organization as a whole, both internally (in the form of process improvement, cost savings or optimization of resources), as well as externally (a new framework of the relationship between brands and consumers, innovation processes, etc.)

It is around the year 2015 and 2016 when voice technology experiences exponential growth due to the confluence of the technologies that we talked about previously: PLN, TTS, ML, AI, Cloud Computing …

Therefore, it is so new, that there are no experts in your set so what we did from voikers It was to add a multidisciplinary team that came from different areas such as artificial intelligence, research on human-machine interaction, consulting, marketing, call centres, research, neuroscience, the world of audio, the university … This It has allowed us to become a pioneering project in strategic consulting for companies.

Thus, we have created a series of our own methodologies, processes and tools that allow us to work in an ecosystem with our team, different suppliers and partners and the company as a whole.

From VOIKERSWe have developed our own methodologies so that companies can develop a voice and audio technology strategy in different time horizons, marked not only by the company’s strategy, its business or engagement KPIs and its different areas but by realities that We must not leave aside its radical importance, such as the state of technology, large platforms, the startup ecosystem, the legal implications or the levels of technology adoption by users, among others.

Thus, we understand that to carry out a solid strategy we must apply different methodologies and contextual frameworks: technology, the company and its areas and the community (employees, suppliers, partners, consumers, etc.)

Behind this process there are many hours of work and consulting that make our methodologies and frameworks applied to the particularities and needs of each company a great innovation, since they allow companies, for the first time, not to think in isolation about what to do. , but to have a global vision on how, why, for whom and why to carry out voice technology and audio content projects.

That is, not only think about whether or not they make a “skill” for Alexa or if they transform their website into voice searches, but consider why and why to implement different products and services of voice technology in a contextual and temporal framework that seeks to develop a new relational model between brands and people through voice. The objective, allow companies to lead the voice revolution and bet on strategy versus tactical actions, which makes sense when the foundation is solid, not before. Therefore, we understand that:

Brands need to rethink themselves, understand what kind of relationship they want to establish with their consumers, with their partners, with their employees and with society, how they want to be seen, how to remain important, how to offer real value to generate trust and lasting links. The Age of Voice is the great opportunity for this and the future will be for those who build it, not for those who watch it go by while they think about what to do until from the future they look at the past thinking about what they could have done and never did.

As a start-up, you may be wondering how to build a strong presence through your marketing strategies. You don’t need to have a big...
Read more
BUSINESS

5 Impressive Tech Trends To Incorporate In Your Business

Year in, year out, marketing ideologies remain static. On the other hand, business tools destined for marketing success keep going through a whirlwind of...
Read more
TECHNOLOGY

Looking for a versatile, bright, and ultra-light 4K monitor? Your quest ends now! The Lumonitor display has all you need for hours of uninterrupted...
Read more