Why Is JSON Preferred Over XML? 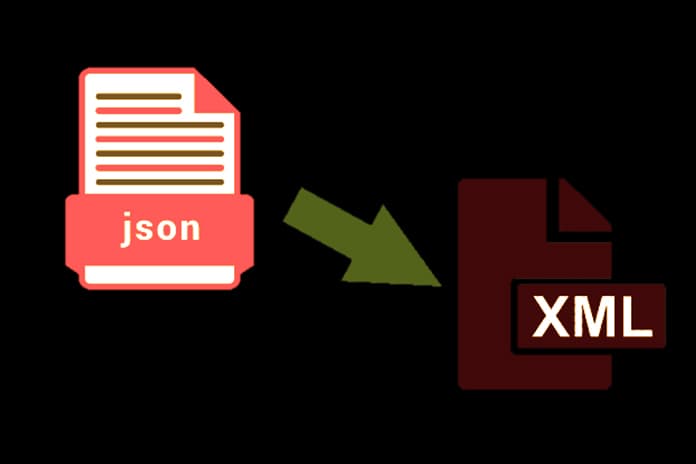 As we all are well-versed that JSON is a text written format, it is used for data exchange and correspondence between the server and the browser. The format uses the standard of JavaScript language, but it isn’t a language but format that contains objects for the transferring of data. The format is independent and doesn’t rely on any external language to perform the functionality. JSON functions and runs smoothly when it is formatted properly. Due to the feasibility of this format, it is widely used, but on the other hand, many websites are still using XML, and therefore, they require JSON to XML conversion.

You would find many dissimilarities between JSON and XML. The exchange of data between the server and browser isn’t completely transformed into JSON. That is the foremost reason why more than half of websites are still using XML for interchanging the data. The similarity between both of them is they’re human-readable. It means that the values in them are structured in a hierarchical way. It contains values within values. JSON, along with XML, is used alongside different programming languages for analyzing the data. You would be thinking, then what the difference between them is and why we need to convert JSON to XML. Let’s look into it!

Convenient Conversion of JSON to XML

No doubt, JSON doesn’t require any ending tags. The files aren’t lengthy, and reading them is quite comfortable. The values and arrays could be checked within no time. The major benefit is the use of arrays, which makes it faster and lighter in weight. The reason behind the conversion is that if the program you are using only has an XML parser, JSON can only be parsed through JS function. But when it comes to AJAX, JSONONLINE could be used because a loop isn’t required for the extraction of variables and values.

The question arises over here is that XML is used widely and has not completely vanished from the web development sphere. But if you’ve had hands-on experience with JSON, but the requirement of your project is XML, you will have to use JSON to XML converter.

You can get access to free JSON to XML online convertor expeditiously over the web. There are plenty of utilities that you can use for the conversion process to take place. It is not a difficult chore to use these converters, and you won’t require any special skills for this purpose. The testing process of the code and the conversion isn’t difficult. You’ll just have to come up with the JSON code and submit to one of these tools to convert it into XML.

The conversion of JSON to XML isn’t laborious, and you won’t have to pay for this purpose as free JSON to XML is easily available over the internet. The online utilities are just a few clicks away; the best that you would be amazed to know is that most of the tools also don’t require you to register and enter your personal details. They also ensure that your code doesn’t get into the hands of any unauthenticated sources.

Is Your Website Suspended By The Host? Know What You Should Do Next

The problem of a website owner increases manifold when you have got your website suspended by Google. Though there can be various reasons due...
Read more
GENERAL

What Is The Life Of Vietlott Billionaires Now?

Concerned about being affected by suddenly becoming rich thanks to winning the Jackpot, most of the Vietlott winners choose to hide their identities, even...
Read more
GENERAL

How To Send & Receive A Fax Online For Free From Google At Your Fingertips In Only 3 Steps?

Do you want to avoid costs associated with faxes? You will need online fax services. Remember, you can send and receive a fax online...
Read more

Digital Marketing: Might Be The Answer To Overcome The COVID-19 Crisis

If you have an SME and you have problems, you are in the right place. As we all know, the global crisis of COVID-19...
Read more

In the increasingly competitive technological landscape, data is the key for companies. They are so valuable because, when properly managed and analyzed, they provide...
Read more

All the entities that have reached a considerable size in their sector of activity, and have a significant market share within it, know that...
Read more

How Artificial intelligence Can Be A Ally In The Medical Field?

Recently, the CSIC Population Department published the results of a study outlining the possible future evolution. According to the figures compiled by the INE...
Read more

The new data paradigm is causing many companies to open up to doing something they should be doing as continuous improvement, reviewing processes and...
Read more
Load more