CPU Mining Of Cryptocurrencies: Is It Worth It? 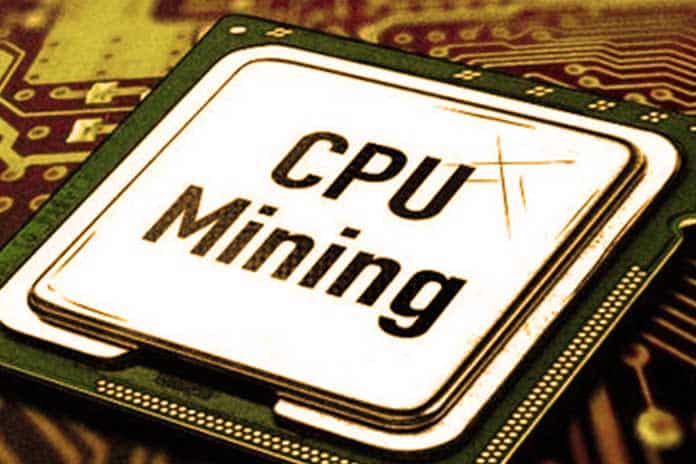 Cryptocurrencies such as Bitcoin or Ethereum can be generated using so-called CPU and GPU mining. But is it even worth it?

Everyone is talking about cryptocurrencies and for a good reason. Unlike traditional currencies such as euros and dollars, Bitcoin, Ethereum and Co. are not dependent on a central authority such as the central bank of a currency area.

In addition, unlike traditional credit cards, PayPal, and comparable payment systems, they are virtual cash. In other words: the change of ownership takes place anonymously; state authorities can hardly intervene here. This is also why cryptocurrencies are found in the darknet, enjoy great popularity, and have become a popular means of payment and even an investment object for regular users.

The value also results from the limited amount: With Bitcoin, for example, there is a limit to 21 million virtual coins. Other systems like Ethereum or Monero are less limited here. What they have in common, however, is that units of the currency are “mined” using pure computing power: so-called CPU mining.

What is CPU Mining?

Cryptocurrencies are based on peer-to-peer technology and the so-called blockchain, a massive database in which all movements and transactions are recorded. A lot of computing power is required for the network to run and the blockchain to work. This is exactly what users provide by letting their computer solve cryptographic tasks, so-called hashes, for the blockchain.

Units of the cryptocurrency are issued as a “reward.” The more computing power is used, the higher the chance of generating cryptocurrency units. With around 9,500 US dollars for a Bitcoin and around 200 dollars for an “Ether,” mining is very profitable at first. Especially since the virtual currencies tend to rise in price and at any time can be exchanged for “official” money at cryptocurrency marketplaces – and vice versa.

What sounds like a great idea at first, unfortunately, has a big catch: The times when Bitcoin and Co. could be mined with the home PC are over, at least with Bitcoin: The cryptographic tasks to be solved become the computing power of Bitcoin the More and more complex. The more participants and coins there are and the larger the blockchain, the more complex the calculations and the slower the currency units.

The level of difficulty increases, which means that more and more computing power is required per unit. Computing power can no longer be achieved in this form by regular PCs. If you still want to deal with Bitcoin mining, you should first keep three values ​​in mind:

CPU mining was only possible efficiently at the very beginning of the Bitcoin era. In the meantime, during the “Bitcoin gold rush” of recent years, the scene switched to so-called GPU mining: Certain graphics cards were particularly efficient in calculating the necessary hash values, which is why they were sometimes difficult to get and at high prices.

However, the gold rush is now over; the required power is too high and the yield too low to continue mining with standard hardware. How low is shown by websites like the Bitcoin Profit Calculator, which throws a gloomy picture on “private” mining: Even with a powerful mining device, the profit at the high German electricity price is usually in the negative range, i.e., if you have cryptocurrencies generated, pays for it even with highly efficient miners.

Mining in the cloud

As a result, cost-covering mining in the private sector has not been possible for a long time, especially not in Germany. The professionals are now turning to unique computer systems that are optimized for crypto mining. So-called ASICs (application-specific integrated circuits) are optimized for the computing routines for Bitcoin generation.

These are operated in large quantities in places where cheap and cooling electricity is accessible, such as Iceland. Due to their high efficiency, the ASICs ensured that the computing effort for Bitcoin increased overall, which made the calculation even more demanding.

This is why the ASICs are no longer efficient enough in some cases, and entire cloud farms are now being used for this task. Corresponding providers such as Bitdeer, Genesis mining, or Hashflare allow private miners to participate in mining for a fee – a much more efficient method than operating their hardware.

As always, when it comes to a lot of money, the half-silky contemporaries are not far. The corner-stone milieu in cyberspace tried to access as much computing power as possible with as little effort as possible and outsource crypto-mining to third-party hardware. Java scripts such as the now-discontinued Coin Hive were delivered to Internet users’ browsers on hacked websites or even via advertising banners.

Here they charged Bitcoins at the expense of surfers. The sheer mass of visitors provided the necessary computing power, which is why well-frequented warez and torrent sites or other half-silk offers on the web made use of this technology. Of course, malware can also subjugate Internet users with corresponding scripts. The technology still exists, for example, from CoinIMP; however, such scripts are now recognized and blocked by many browsers, ad blockers, and virus scanners.

Conclusion: Better to buy than mine

Overall, the days when users could independently mine essential cryptocurrencies such as Bitcoin are over. As soon as another cryptocurrency gains a particular relevance according to a similar principle, the professional miners are not far away, who increase the level of difficulty with corresponding effort.

CPU and GPU mining, therefore, makes sense at best for exotic or new cryptocurrencies. If you want to use Bitcoin and Co. or want to speculate on increasing value, you should buy them at one of the numerous Bitcoin exchanges on the Internet – this not only saves time and money but is also much more convenient.