One-third Of Employees Telework 3.6 Days On Average Per Week 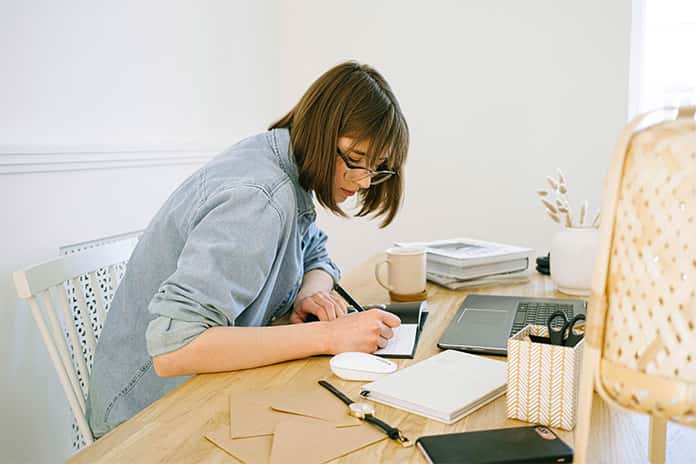 Almost a year after the start of the Covid-19 crisis, the number of teleworkers reached 41%. The latest edition of MalakoffHumanis.com annual barometer observes a “return to normal” with 31% of employees in teleworking in December 2020, a figure almost equivalent to November 2019 according to the penultimate edition of this report.

It is nevertheless necessary to qualify this backtracking, which worries the government in the face of the rise invariants of Covid-19 in France, because the number of days teleworked continues to be high with 3.6 days per week on average (against 1.6 days at the end of 2019), and 45% of teleworking employees still practice it 100%.

Teleworking, which concerned 30% of employees before the Covid-19 pandemic, experienced an unprecedented boom in 2020 to reach 41% of employees in May during the first confinement. An exceptional context during which 44% of teleworkers experienced this form of work for the first time, and 75% at 100%.

They were 51% in June and less than a third between April and May 2020. Thus the return to the office was faster after the second confinement. 100% teleworking has lost ground: it concerned 45% of teleworkers at the end of 2020 against 52% in May.

Also Read: What Is Telecommuting?

Satisfaction with Teleworking has Declined but Remains High

Only 14% of teleworkers say they do not wish to telecommute after the health crisis. And a large majority of managers (67%) favor the implementation of teleworking in their company. 43% also state that they practice it on a regular or occasional basis.

However, it should be noted that 56% of teleworkers feel more engaged when working on-site, and 61% feel they are more efficient in their teamwork. 59% of employees (77% for 18-24-year-olds) say they go to the office first to share a moment of conviviality with their colleagues and meet their team members (44%).

The company is thus experienced as a place of exchange, learning, and development. In particular, this social link was missed by the 26% of teleworkers who believe that teleworking has had an impact on their psychological health ( vs. 12% in 2019). For their part, 86% of managers say that this practice requires them to maintain collective ties to avoid isolation, and 43% say they have had difficulty managing the fragility of certain employees.

Remote employee monitoring has been used by managers (64% and 54%) agree that teleworking risks create new divisions within a company between those who can telework and those whose functions do not allow it.

75% of employees and 66% of managers believe that teleworking will continue to develop. This feeling is even more marked among executives (86%), women (80%), employees of very large companies (80%), companies in the service sector (83%), and people living in France. de-France (80%).

The vast majority (86%) of teleworkers wish to continue teleworking. The ideal number of telecommuting days per week is two days for employees compared to 1.4 days in November 2019.

The question then arises of the division of tasks according to the workplace. Thus, 52% of employees believe that they can do all or part of their functions remotely (15% think they can do all of them). 74% of teleworkers prefer remote work to write. More than half of teleworkers say they are more concentrated on teleworking and better organize their working time.

Teleworkers also feel less tired (72%), more autonomous, and more responsible (69%). Conversely, they prefer to lead an on-site meeting (74%) or be in the office if they have difficulties resolving (73%).

In the company, employees want to find conviviality spaces (46%), where they feel part of a collective (32%). If the “assigned” office remains the norm for most employees (66%), the closed individual office now only concerns 19% of those questioned. Almost a quarter of employees say they prefer a workstation in a shared office. 16% hope to see the emergence of modular spaces, spaces dedicated to innovation and creativity (14%), or training (17%).

Are you curious about how to prepare for a solid technical interview for Microsoft? If your answer is a big yes, this is just...
Read more
BUSINESS

From Amazon Dash to AmazonBasics, there are dozens of services offered by Amazon that users don't know about. Here are the best.Thousands of Italians...
Read more

Backup And Disaster Recovery Are Close But Different

Backup and Disaster Recovery often "travel together" in the debate linked to IT security and Data Protection but beware, they are two sides of...
Read more
Load more