The 10 Best Android Apps For Your New Smartphone 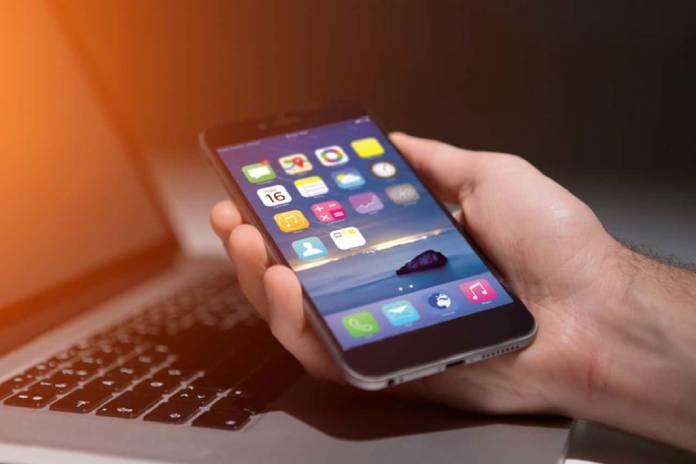 There are few feelings in the world quite like getting your hands on a new smartphone. Suddenly, your old, slow machine ceases to be a problem as the lightning-fast tech inside your new device zips through loading and multi-tasking like it’s nothing. Apps that once took a minute or longer to load now boot up instantaneously and websites you’ve struggled with for months become a breeze. With all that new power at your fingertips, you’ll need the right apps. Here are the ten best Android apps for your new smartphone.

There are few apps out there that will make you feel the power of your new phone quite like Google Chrome. The proprietary Android browser has a pretty monstrous memory footprint on desktop, and it’s no slouch on mobile either. Why not poke around the internet for a while to test out your new beastly device? Check out some numerology to help you with your life plan, head over to Sky Sports for some news, or try playing some embedded mobile games. All of these are great ways to put your phone through its paces!

The future is cloud storage. Soon, traditional physical drives will be obsolete and all of our data will be stored in the cloud. With that in mind, it’s a good idea to get your foot in the door now and start using Google Drive to back up your files if you haven’t already. Drive comes pre-installed with a lot of Android devices, especially those manufactured by Google themselves. If you don’t have it, head over to the Store to get it; the app can be a bit of a memory drain, so it’s great for newer phones.

The default Google keyboard is fine, but it certainly has its drawbacks. It’s a bare-bones, basic app that does what it says on the tin but never quite goes above and beyond. That’s where SwiftKey comes in. This alternative keyboard is tactile, fun to use, and feature-rich. It’ll save your keystrokes and sync them across different devices (if you want it to, of course), making for a consistent experience wherever you are. The typing heatmap is also great fun.

Also Read: The 5 Best Photo Editing Apps for iPhone and Android in 2020

In the words of Matt Munro’s iconic From Russia With Love theme, we’ve travelled the world. We’ve never managed to find a better music streaming app than Spotify, though. There are alternatives available, and they all cater to different niches, but none of them cover all the bases quite as effectively as Spotify. Its playlist feature is legendary, its catalogue is humongous, and its sound quality, while not the best out there, is more than adequate for all but the most demanding of users.

70% of Netflix streams are still viewed using a regular ol’ TV. That leaves 30% for alternative devices like laptops, tablets, and smartphones. If your new phone has a beautiful large screen, then Netflix is the perfect app to test out that screen, especially if it’s a 4K display. You’ll probably never want to watch content again on your TV or your laptop once you’ve experienced it on your new smartphone. You will need a subscription to Netflix, but there’s so much content available that it’s more than worth it.

Video editing apps are legendary for their memory consumption, so if you need to edit some video content for Instagram or other social media platforms and you’ve got a powerful phone, give PowerDirector a try. It’s a fully-featured video editing app that allows you to do all the standard stuff; you can crop, chop up timelines, add effects, and more. PowerDirector does take some getting used to, but if you’ve got any experience whatsoever with video editing then you’ll take to it quickly

Don’t let the somewhat prohibitive price tag put you off – FL Studio Mobile is an extremely capable and powerful piece of software. The desktop version of FL Studio (which once stood for FruityLoops) has been used to create many hit songs, and the mobile version, while not quite as powerful as its desktop counterpart, still brings plenty of juice to the table. If you’re looking to get into the production racket and you’re not sure where to start, this is an excellent introduction.

Ever wanted a writing app for your phone? Not a note-taking app or office software, but an actual writing app? Inkredible is your solution. This app is pretty much only suitable for those lucky enough to have a stylus for their phone, but if that’s you, you’ll have a whale of a time with Inkredible. The software’s clever use of Bezier curves to simulate actual handwriting is unparalleled, and although it looks better on larger screens, it’ll be beautiful on any phone you care to use it with.

The default Android launcher is fine, but it’s a little basic. Nova Launcher fixes all that. It’s probably the most customisable launcher on the Play Store, allowing you to stretch and resize home screen widgets to your heart’s content. If you can think of a launcher option, it’s likely here. A customisable app drawer, highly configurable subdrawer and folder options, and a rich set of icons are just some of the many features you’ll get if you download Nova Launcher.

Want all the features of Microsoft Office but don’t want to pay a penny? WPS Office is the app for you. This is a fully-featured office suite that’s been specifically designed to offer the same functionality as Microsoft Office. Again, you’ll need a fairly powerful device to run it, but if you’ve got one then the app will be smooth and responsive. Within this app suite, you’ll get a word processor, a presentation tool, spreadsheet functionality, and a PDF reader, among other things.

Also Read: Deleting Apps In IOS 13 is Now Different And Here We Explain How To Do It Now

Contemporary organizations operating under uncertainty and risk are forced to modify their approaches toward information security. Faced with any threat, companies need to consider...
Read more
APPS

Upgrading Your Tech: Here Are The Apps You Want To Have Access To In 2022

Need to solve a problem or figure out where you left your Airpods? Well, there’s an app for that. And as we all live...
Read more
APPS

Analytics Capabilities: The Importance Of Good User Experience For Applications

Integrating analytics into applications pays off. A survey of product developers by Product-Led Alliance shows that 55 percent are already embedding analysis functions in...
Read more